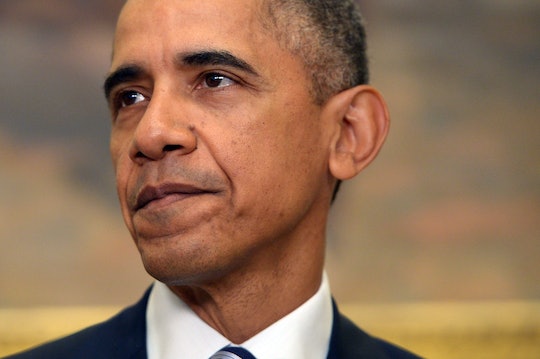 After six years of research and review and, most recently, the recommendation of Secretary of State John Kerry, President Obama rejected the Keystone XL pipeline Friday afternoon, ending a seven year political fight over the project. At a press conference President Obama stated that the “controversial project is not in the country's national security interest.” What’s more, Obama noted that “the pipeline would not make a meaningful long term contribution to our economy.’’

The Keystone Pipeline was slated to stretch 1,179 miles — from Alberta, Canada and down to Nebraska — and would have carried 800,000 barrels a day of carbon-heavy petroleum everyday. This is not the first such pipeline in the United States; in fact, this line would have connected to several other lines, but opponents worried it would spoil the landscape if there was ever a spill. (They also pointed to the fact this pipeline would move “dirty oil” — a type of oil that produces more greenhouse gasses when burned.)

America is now a global leader when it comes to taking serious action to fight climate change, and frankly approving this project would have undercut that leadership.

Republicans and the oil industry had asked the president approve the pipeline, claiming Keystone would help to create new jobs and stimulate economic growth, but the President assured American’s the pipeline was not — and would not — be a “silver bullet for the [nation’s] economy,” nor would it help lower gas prices, as promised.

Obama stated that he spoke Friday morning to Justin Trudeau, Canada’s newly elected Prime Minister, about the decision and confirmed publicly that he will be in attendance at the international climate conference in Paris in three weeks. He's long argued that the world's largest economy needs to lead in these efforts, and approving this pipeline would have undermined that leadership. "America is prepared to show the rest of the world the way forward,” Obama concluded.