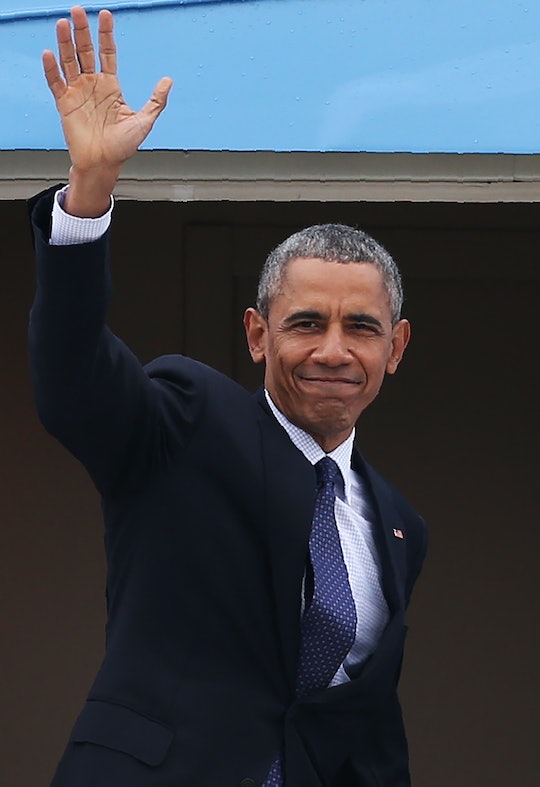 Obama Will Visit Flint, Michigan, Because Of This 8-Year-Old’s Letter

President Barack Obama is scheduled to travel to Flint, Michigan, on May 4 to survey the damage done by the Flint water crisis firsthand. And while many factors affected Obama’s decision to make the trip, it appears Obama planned his Flint visit because of one child, 8-year-old Mari Copeny. So who is Copeny, and what did she do to get the president’s attention? Well, the answer to the latter is simple: a letter. She wrote Obama a letter.

Copeny — who has affectionately been dubbed “Little Miss Flint” — wrote to Obama last month. In her letter, posted on Medium, she explained what she has done to bring attention to crisis in her community: marching, protesting, and “speak[ing] out for all the kids that live...in Flint.” She told Obama about her plans to attend Gov. Rick Snyder’s congressional hearings in Washington, D.C. and then she made a request:

I know this is probably an odd request but I would love for a chance to meet you or your wife. My mom said chances are you will be too busy with more important things, but there is a lot of people coming on these buses and even just a meeting from you or your wife would really lift people’s spirits.

And Obama responded, not only to her letter but to her request:

You’re right that Presidents are often busy, but the truth is, in America, there is no more important title than citizen. And I am so proud of you for using your voice to speak out on behalf of the children of Flint...I’m coming to visit...I want to make sure people like you and your family are receiving the help you need and deserve...[and] I’ll use my voice to call for change and help lift up your community.

And Obama is right: words are powerful; action — and activism — are powerful, and every voice is powerful. Even the efforts of a child. Even the voice of an 8-year-old girl.

The Flint water crisis began in 2014, when Gov. Snyder and his administration switched the city’s water source from Lake Huron (and the Detroit Water and Sewerage Department) to the Flint River. At the time of the switch, the city did not properly treat the water with anti-corrosion chemicals, according to CNN, and that misstep caused lead to leach out of the pipes and into resident’s home: their sinks, their showers, and their drinking water. And lead — which is not safe in any amount — can cause permanent brain damage, and is especially dangerous for children, according to The Huffington Post. Unfortunately, Flint residents — young and old — used and ingested contaminated water until October 2015, when Snyder and other government officials admitted the there was a problem and changed the city's supply.

As for Copeny, the other children of Flint, and kids across the country: Keep getting involved. Copeny's letter shows why it's so important that parents teach their kids that their actions matter, their words are matter, and their voices are important — regardless of their age.