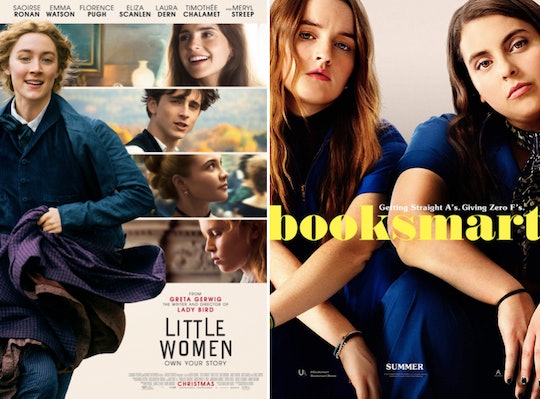 In the spirit of giving, former President Barack Obama has continued his annual tradition of sharing his favorite cultural works from the year. Over the weekend, the former president shared 19 of his favorite books from 2019 before moving on to another type of entertainment: the screen. Obama's favorite movies and TV shows from 2019 include a hearty mix of indie films and Netflix flicks as well as empowering female-centric stories.

"Next up are my favorite movies and TV shows of 2019," Obama wrote in a caption shared alongside the list on Instagram. "This year's list includes everything from explorations of class dynamics and relationships, to an inspired reboot of a classic graphic novel, to a portal back to one of the most special places in history — an Aretha Franklin concert."

Obama went on to note that one film on his list hailed from Higher Ground Productions, the production company he and wife Michelle Obama launched in partnership with Netflix early in 2019. "Of course, there's also American Factory, a film from our own production company, Higher Ground, that was recently shortlisted for an Oscar. It’s our first offering in partnership with Netflix, and I’m excited about the other projects we’ve got in the works."

Obama's full list of picks is a well-rounded mix of documentaries, gritty dramas, well-reviewed feature films, and even a coming-of-age teen comedy. Nonfiction lovers may enjoy Obama's documentary picks, Apollo 11, Amazing Grace, and American Factory while fans of crime dramas may prefer Ash is Purest White, Birds of Passage, and The Irishman. Those who prefer a bit of laughter in their dramatic films, however, may like Obama's comedy drama picks Marriage Story and The Farewell.

This year, Obama also shared a shortlist of the TV shows he considered to be "as powerful as movies." It included the Netflix miniseries Unbelievable, HBO's reboot of Alan Moore and Dave Gibbons' graphic novel Watchmen, and the second season of the British tragicomedy Fleabag, which airs in the United States on Amazon Prime.

It's worth noting that a number of Obama's picks — Unbelievable, Fleabag, The Irishman, Marriage Story, The Farewell, Parasite, Ford v. Ferrari, Little Women, and Booksmart — have been nominated for Golden Globes.

Along with sharing his favorite new picks in books and film, Obama is also expected to unveil his favorite music releases from 2019. In the meantime, you may want to add Obama's favorite picks for TV and movies to your watch list.