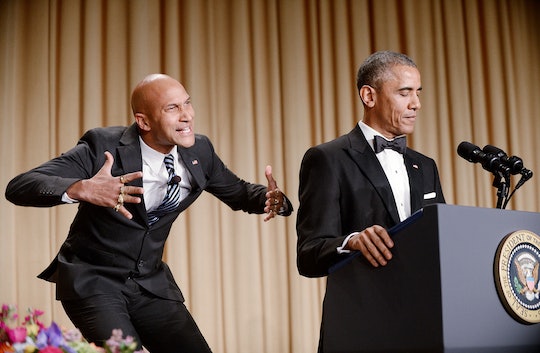 The event has seen a lot of changes since its inception in 1921; according to ABC News, people of color were banned until the 1950s. The entertainment was originally comprised of musical performances, movies and variety shows, and it wasn't until the 1980s that celebrities began attending. Comedy didn't become a staple until 1983. Nowadays, the whole point of the affair, as far as anyone who's not a journalist is concerned, is to watch the president do 20 minutes of stand-up comedy. While Obama started off a little shaky at his first dinner in 2009 (just 110 days into his presidency), by now he's proven that he's got the chops for a comedy career once this whole president thing wraps up. Take a look at his improvement over the years: