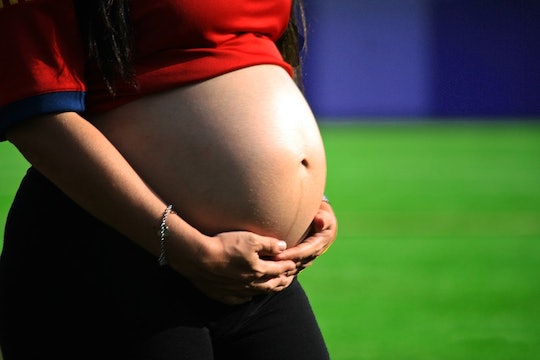 Medical professionals have long warned expectant moms about the serious health risks associated with being overweight while pregnant, such as gestational diabetes, high blood pressure, birth defects, preterm birth, and even miscarriage. Now, new research claims that maternal obesity in the first trimester may specifically increase a baby’s risk of epilepsy. The Swedish study ultimately found that the heavier the mom is when she conceives, the more likely it is that her child will develop the tough-to-treat seizure disorder later in life.

According to the study published in the Journal of the American Medical Association (JAMA) on Monday, researchers at the Karolinska Institutet in Stockholm studied 1.4 million live-births in Sweden between 1997 and 2011. Of those children, researchers found that more than 7,500 had been diagnosed with epilepsy from the time were born until they turned 16 years old. From there, scientists were able to link the medical condition to their mother’s body mass index — or commonly referred to as BMI, which is an estimate of a person’s body fat based on their height and weight — at 14 weeks of pregnancy, shortly after she began her second trimester. And the higher a mother's BMI was, so were the odds of her child developing epilepsy.

Here's a breakdown of their findings:

It's not entirely known at the moment why a woman's excess weight can cause epilepsy in her children, but the researchers noted in the study that one possibility could be that obesity may increase the risk of brain injury, which can lead to "a range of neurodevelopmental disorders."

According to the American Congress of Obstetricians and Gynecologists (ACOG), babies born to obese women have an increased risk of having birth defects, such as neural tube defects like anencephaly and spina bifida.

Despite all these risks, the ACOG says that it's still possible to have healthy pregnancy if you are obese, although it will involve a lot of careful weight management and diet as well as vigilant prenatal care. However, doctors do recommend that losing weight before becoming pregnant is the best way to decrease these risks.

"Given that overweight and obesity are potentially modifiable risk factors, prevention of obesity in women of reproductive age may be an important public health strategy to reduce the incidence of epilepsy," the study's authors concluded.

To date, there is a lot of scientific evidence to support the claims that obesity has major impact on mother's health as well as her baby's and a new approach to public health should be adapted to reduce these risks. But through a healthy diet and regular exercise as well as advice from your doctor, there are also a lot of ways to make sure you have a healthy pregnancy.