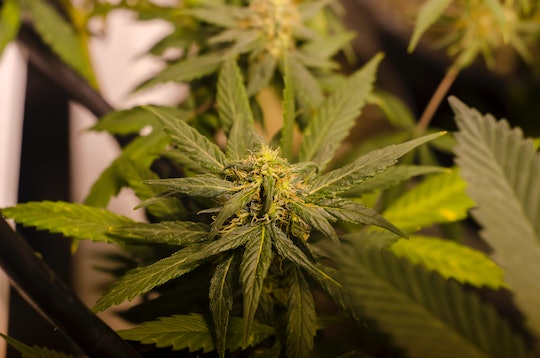 Ohio Shoots Down Marijuana Legalization & The Reactions Are Surprisingly Complex

Two-thirds of voters in Ohio rejected the legalization of marijuana Tuesday, and it turns out that the shot-down bill was even more controversial than usual. In the lead up to the vote, many people spoke out for and against the legalization of recreational and medicinal marijuana use, citing the same kinds of pros and cons that are usually talked about — moral implications, safety concerns, the potential for valuable revenue, the people who can be helped medicinally, concerns about unfair and unnecessary jail sentencing. But what made the Ohio vote different is that people also held a third opinion, which was basically: We’re in favor of legalization, but this bill is kind of messed up.

Unlike similar marijuana initiatives in other states like Colorado and Oregon, Ohio’s vote was based on the stipulation that pot production would be restricted to 10 farms. This meant that a small group of investors had a lot to gain from the bill passing (including, uh, former boy band member Nick Lachey, who apparently owns a pot farm?) and that didn’t sit well with a lot of Ohioans who would have otherwise voted yes. Many voters voiced concern that 10 legal marijuana farms felt an awful lot like a monopoly, and that was not something they wanted to support, according to The New York Times.

Unsurprisingly, people had a lot to say on Twitter about why they did or did not vote #YesOn3. Mostly, people spoke about wanting to vote against an unfair initiative:

But many others felt like not taking the opportunity to legalize marijuana was a waste, no matter what:

Others argued that the benefits of legalizing pot far outweighed the potential negatives of passing a bad business model:

Now that Ohio has voted "No" on legalization, it's uncertain what will happen next — will this pave the way for a new initiative that will seem more reasonable, or will it mean that the possibility for future legalization is now no longer on the table? The implications of the failed campaign will probably be seen with time, but for now, it looks like marijuana is going to continue to be illegal in Ohio. Sorry, Nick.