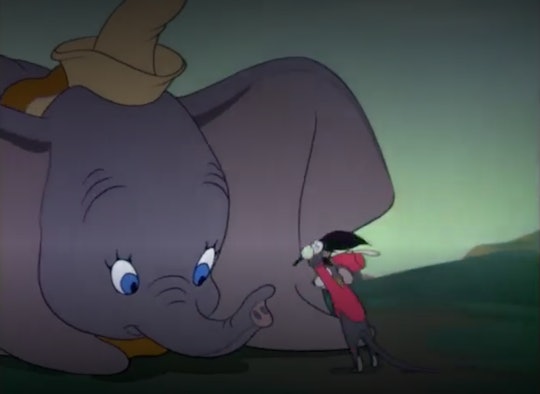 Old Movies On Disney+ Come With A Warning About "Outdated Depictions"

Disney's highly anticipated new streaming service officially launched Tuesday and with it came decades of movies, TV shows, and more. Some of the content, however, has not aged well over the years, which is why several old movies on Disney+ come with a content warning due to "outdated cultural depictions."

"This program is presented as originally created. It may contain outdated cultural depictions," is what Disney+ users will see when they go to watch a few classic Disney films, such as Dumbo (1941), Fantasia (1940), The Jungle Book (1967), and Lady and the Tramp (1955). Romper's request for comment from Disney regarding the decision to include the content warning was not immediately returned.

Dumbo has long been criticized for racist depictions of African Americans and featuring a racist crow character named Jim Crow, while the original version of The Jungle Book also contained "racist overtones," as The Guardian explained. Fantasia's original version also contained problematic scenes perpetuating gender and racial stereotypes, specifically the controversial scene featuring two centaurettes named Sunflower and Otika. Lady and the Tramp has also come under criticism for the controversial "The Siamese Cat Song" in the film for depicting harmful stereotypes about East Asians.

Disney+ also warns viewers if a family-friendly movie "contains tobacco depictions," which is the case when you go to watch the original Dumbo as it's rated G. It's worth noting that several years ago Disney "determined not to depict cigarette smoking in movies" after 2015 for films marketed towards kids, according to a company press release.

Disney+'s decision to include content warnings has garnered mixed reactions on social media, but many have also applauded the move. One user said they're "impressed," while one simply commented with a heart.

More Like This
Lions, Tigers, & Bears, Oh My! 'The Wizard Of Oz' Is Getting A Remake
The Worst Fake Babies In The History Of Movies & TV
What Parents Need To Know About Hulu's Predator Prequel Prey
Teachers Reveal The Go-To Movies They Love To Show In School & Why