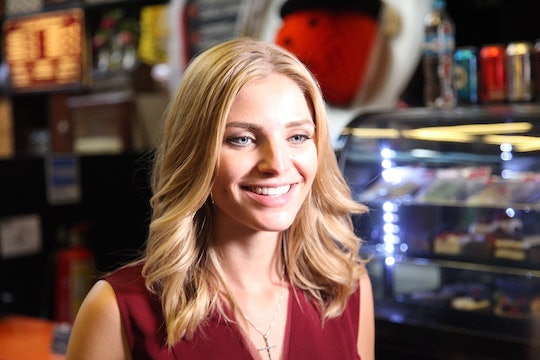 Olivia Says She's Not Like Other Girls On 'The Bachelor', & That's Actually Pretty Insulting

Another week of The Bachelor means another reason to get annoyed with Olivia, and this Monday was no exception: Bachelor contestant Olivia said she's not like other girls because she likes to read and think, which understandably didn't sit well with many viewers. This was part of a conversation Olivia had with bachelor Ben Higgins, after he pulled her aside to ask about reports that she wasn't getting along well with the other contestants.

In response, Olivia explained that she wasn't like the other girls on the show, who like to paint their nails and do their hair. She, in contrast, likes to read and think, she claimed. Specifically, Olivia explained, she likes to "talk smart things."

It's difficult to not see this as an attempt to set herself apart from the other women by attacking not only them, but their entire gender. Surely many of the contestants on The Bachelor indeed like to paint their nails, but that's probably not their defining feature. Olivia was tapping into convenient stereotypes in an effort to make herself look good, and everyone else look bad — or, at least, superficial. The 23-year-old contestant is a news broadcaster, which she seems to think sets her apart as the group intellectual. (And that alone is pretty demeaning in and of itself.)

So what, precisely, did Olivia say to Ben to excuse her behavior? The exact conversation went something like this:

I feel likes it's been hard for me to relate [to the other women]. Everyone here is into, like, you know, painting their nails and doing each other's hair, and that's great, but, like, I'm just different. Like, I like reading books in my room, and you know, thinking, and that's what I do. And I want to talk smart things.

So it wasn't only insulting, but also somewhat incomprehensible. And grammatically inaccurate, too.

Beyond not being terribly eloquent, Olivia's comments reduced the female gender to a bunch of nail-painting airheads, which is just straight-up mean. Perhaps because Olivia managed to paint women as hair-flipping dummies who don't like to consort with people who are smart or read books, many on Twitter felt like it was a personal attack. The word "victimized" was even used.

Olivia was given a rose tonight, so she's in the clear for now, but with mean-spirited comments like this one, she probably won't stick around for long.