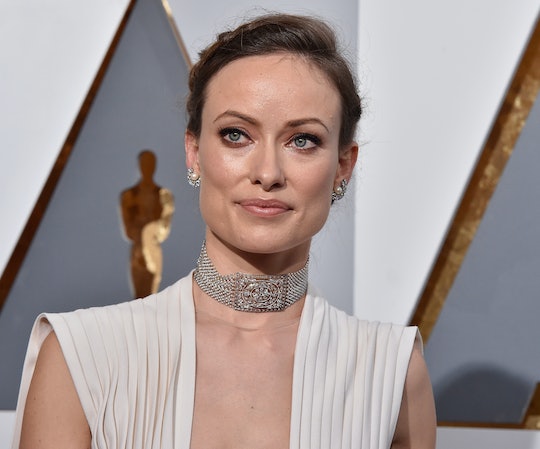 On Wednesday afternoon, actress and mother of two Olivia Wilde posted about her children "bonding" on Instagram, sharing a photo of 4-month-old Daisy lounging in a crib while 2-year-old Otis' legs peeked out from beneath, clad in Spider-Man pajamas. She was probably just trying to spread a little joy, but since she's a famous woman and this is the internet, the post opened her up to criticism from her fans. The majority of the comments were positive, with some parents saying the photo reminded them of their own kids, and others complimenting the children's clothing. But as any mom could guess, the commentary came with a dash of unsolicited parenting advice.

More than one commenter took issue with the crib bumper, stuffed toys, and blankets shown in the photo, all of which pose a risk of entrapment, suffocation, and strangulation. The American Academy of Pediatrics, the National Institutes of Health, and the Centers for Disease Control and Prevention all recommend against bumpers, citing 48 bumper-related deaths between 1985 and 2012, and an additional 146 incidents of babies nearly suffocating or choking. However, it's also clear from the photo that Daisy was awake at the time, and obviously an adult was present. The items could very well have been added to style the shot, and it's unfair to assume that they're normally present while she's sleeping.

While gently calling attention to a potential safety hazard is understandable, some fans got completely out of line. One called Otis' legs "creepy" (rude, and also just inaccurate), and another told Wilde that she should co-sleep (we don't know that she doesn't, and it's also none of our damn business). Can't a famous woman post on Instagram without being mom-shamed? In a word, no. Chrissy Teigan was relentlessly mom-shamed for daring to leave the house without her infant daughter, Hilary Duff got mom-shamed for kissing her son on the lips, and Pink was double shamed for drinking decaf coffee and sitting near a microwave (seriously).

And it extends beyond famous moms. A UK mom's Instagram post of her Christmas tree went viral a little over a year ago, and she was shamed for buying her kids too many presents. Moms are constantly getting shamed for (perceived) improper car seat buckling. They're shamed for bottle feeding and also for breastfeeding. And pregnant women are routinely shamed for having "too big" of a "bump" or not having a big enough one. No matter who you are or how you parent, someone out there is bound to have a problem with it. Let's hope that in the nearly three years since Wilde has become a mother, she's learned to take it in stride. (And let's also hope that Otis does a little bit of bonding with Daisy face-to-face too.)