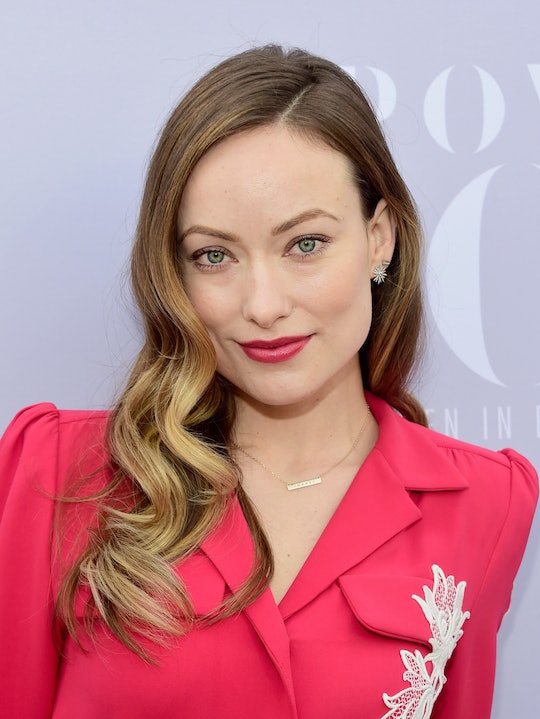 March 8 was International Women's Day and people celebrated around the world with protests, words of encouragement, and tributes to women throughout history (past and present) who have changed the world. Many celebrities, too, honored women they admired, and looked ahead to the future by honoring the next generation. Olivia Wilde's International Women's Day Instagram paired her daughter with a powerful poem, and it was totally sweet.

Wilde, 32, and partner Jason Sudeikis have two children together: Otis Alexander, who is 2, and daughter Daisy Josephine, who was born in October (on International Day of The Girl, in fact!). Wilde and Sudeikis have been together since 2011, and have been dealing with rumors of marriage about as long. The couple has said they're not in any hurry. While they may not have any immediate wedding plans, Sudeikis did tell PEOPLE last fall that they definitely are not going to get married in his home state of Kansas: “It was never gonna be. I don’t know how those things start,” he said. Sudeikis didn't give any hint to where a wedding for him and Wilde might be, but he did joke about taking it on the road to accommodate all the rumors:

It’ll definitely be a wedding tour. Everywhere you’ve heard that we’re getting married, we are. Tour bus and everything. “Lot of waving. Lot of pie eating.

In a post on Wilde's Instagram for International Women's Day, she celebrated her almost year-old daughter Daisy with a sweet post that not only quoted Shakespeare, but a beautiful, powerful poem by Maya Angelou. The photo's caption "’Cause she's a woman Phenomenally. Phenomenal woman, That’s her." lifts a few lines from the poem "Phenomenal Woman," which Angelou originally published in 1978. Each stanza ends with the lines: "’Cause I’m a woman Phenomenally. Phenomenal woman, That’s me."

And Daisy's outfit is a nod to one of the most quoted lines from Shakespeare ever, which has made its way onto just about everyone's blog, Pinterest board, or Etsy shop at one time or another. The quote is from Shakespeare's "A Midsummer Night's Dream."

Wilde's post was one of many that paid tribute not just to the women who have come before, but those who will lead the next generation. The International Women's Day's motto — Be Bold For Change — is a great reminder that, while women have made many strides, there is still a lot of work left to be done. Not just for our own generation, but for those who will come after us.