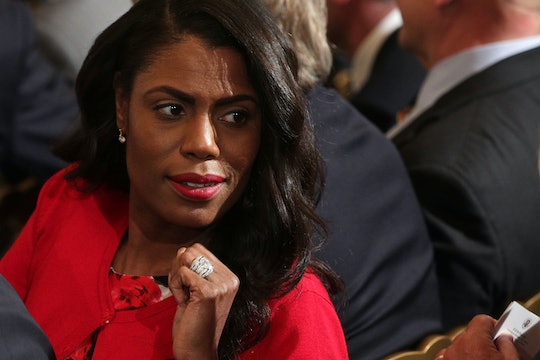 Celebrity Big Brother is finally here and there are a lot of interesting people moving into the Big Brother house. Amongst the lists of stars moving in is Omarosa Manigault. After being well known from her stints on The Apprentice and Celebrity Apprentice, Donald Trump made her a White House aide when he became president. Now she's moving on from her time in the White House and Omarosa's Instagram before Celebrity Big Brother shows what she's been up to during that time.

Back in December it was revealed that Omarosa was leaving the White House, however, the move was made amongst a lot of speculation. Some outlets reported she was "physically dragged" from the White House and supposedly attempted to have words with President Trump about being let go. However, White House press secretary Sarah Huckabee Sanders said in a statement, as reported by The New York Times, that Omarosa simply resigned to "pursue other opportunities." Apparently this pursuit of other opportunities includes entering the Big Brother house.

However, people are hoping that Omarosa will "spill the tea" on Trump while she's on Celebrity Big Brother, giving the other houseguests, as well as viewers, a more in depth depiction what it was like to work for him. Whether or not she'll go into details about her time at the White House remains to be seen. For now you can see what she's been up to leading up to her stay in the Big Brother house.

Although Omarosa was technically in the Big Brother house by this point, her team still took to Insta to wish her a happy 44th birthday on Feb. 5, as did her fans.

Of course Omarosa's team happily announced the news that she was moving into the Big Brother house for the first U.S. version of Celebrity Big Brother.

She's Spending Time With Her Husband

Back in April, Omarosa married Pastor John Allen Newman at the Trump International Hotel in Washington D.C. Obviously their love is still going strong and they spent the holidays together.

They Love To Go To Football Games Together

For one of their date nights the couple braved the cold and went to EverBank Field to see the Jacksonville Jaguars play.

She Welcomed New Life Into The World

No, Omarosa didn't have a baby of her own. Her best friend, Katrina Campins, who was also on The Apprentice, did. The child was the first for the former reality star.

She Got Together With Some Good Friends

Omarosa attended an event with her friend and former Real Housewives of Atlanta star Phaedra Parks.

Back in September, when she was still working as a White House aide, Omarosa attended the United Nations 2017 and championed a $2.5 billion dollar contribution from the U.S. to combat famine.

She Enjoyed The Solar Eclipse

Just like most of us, Omarosa, along with other White House staffers, enjoyed watching the total solar eclipse in August.

Omarosa, along with her husband, took a trip to the Kennedy Space Center so they could see the launch of SpaceX CR-11.

She's Taken A Vacation Or Two

When they were newlyweds, Omarosa and the pastor travelled to Amelia Island in Florida, for their honeymoon.

It's clear Omarosa has been enjoying life, both while she worked in the White House and after. However, will she enjoy living in the Big Brother house or will she actually hope to be evicted first? You can find out when Celebrity Big Brother premieres Wednesday, Feb. 7 at 8 p.m. ET on CBS. Trust me, you won't want to miss this!