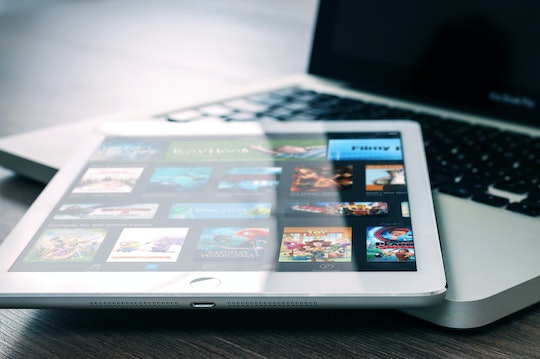 On-screen violence is a problem for parents. Many try to shield children from reports of terrorism and war, attempting to lessen youthful exposure to the most painful parts of the human experience. But as more stories of violence saturate the news cycle, it becomes more difficult to shield kids from the scariest stories. Unfortunately, science backs the idea that exposure to on-screen violence negatively impacts children's mental health, CNN reported.

Experiencing violent events, even through a computer or TV screen, affects both kids and adults; but according to CNN, there's a more severe, longer-term impact on kids. The study on violent media cited by CNN found that exposure to disturbing on-screen images can lead to changes in aggression, both in thoughts and behavior. Students who earn high scores on standardized tests seem to be even more susceptible to the influence of violent media on behavior and cognition, CNN reported. In one study designed to test the verbal ability of kids before and after exposure to a violent television show, kids who scores in the 98th percentile or above on an "intelligence scale" showed greater sensitivity to the violent material than those who ranked lower on the scale.

In July, the American Academy of Pediatrics (AAP) released a policy statement regarding "Virtual Violence," according to AAP Gateway. A meta-analysis of research on the topic found "a significant association between exposure to media violence and aggressive behavior, aggressive thoughts, angry feelings and physiological arousal." The American Academy of Child & Adolescent Psychiatry reported that excessive time spent playing video games can lead to suffering academic performance, diminished health, and poor social skills; add a link to aggression tied to violent content, and there is evidence that parents may want to be careful about the media they allow kids to consume.

The AAP recommends keeping children 6 years of age and younger away "from virtual violence," particularly because it can be difficult for them to separate fact from fiction. As kids get older, it's more difficult to shelter them from violent content. The AAP asks parents to pay as much attention to what media children engage with as they do to how much screen time they get; when adults take an active role in selecting, watching, and discussing content with their kids, it's easier to have a controlled media environment in the home. The AAP also encourages policymakers, content creators, and members of the medical community to all work to create a healthier media landscape for kids.