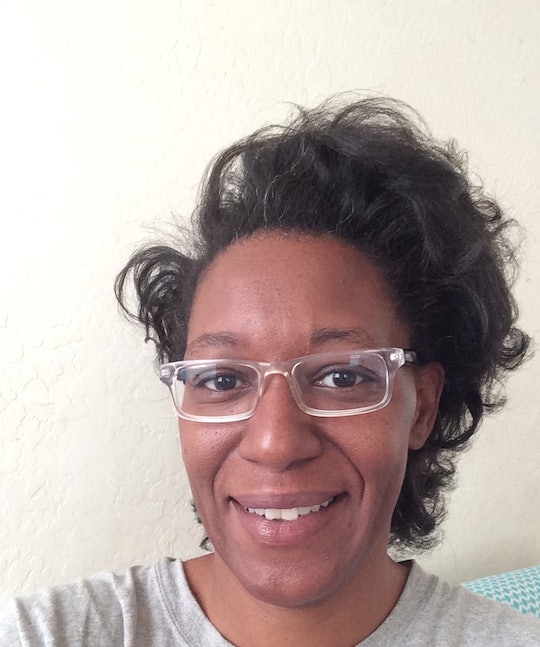 On The Anniversary Of Roe V. Wade, I'm So Glad I Had (& Still Have) A Choice

In the spring of 2008, I had an abortion. I was a 34-year-old married, stay-at-home mother to six children. I chose to have an abortion because it was the best decision for my family. In the 43 years since Roe v. Wade was decided, thousands of other women have made choices similar to mine: difficult, simple, complicated, hard, life changing, life giving, and above all, incredibly personal. Over the past week I’ve tried to write this essay to explain my own decision but my renditions were either not funny enough, too terse, clinical, or just too long and drawn out. I still haven’t figured out the best way to describe the anxiety and relief of my decision. I still don’t know how I should “explain.” I still don't know why I'm even asked to explain. So instead I’ll just dive in.

My abortion eight years ago gave my family a chance at the future we wanted, but wouldn't have been able to have with yet another baby. I was a mother to six children. We were living on the brink of poverty. My abortion gave my family time to grow and settle. Yes, it came years before my time, but Roe v. Wade gave me options. Those options didn't hurt mankind. They didn't make anyone do anything against their will. They were hard, and they were difficult, and they required answering a very painful question honestly and openly, but those options were mine. And having a choice then — and now — made all the difference.

In 2007 my insurance policy changed. I was forced to choose new healthcare providers because my old ones were no longer in my network. I finally settled on a female general practitioner who seemed like a perfect fit because she could treat every member of my family and take care of my own healthcare needs. I made my first appointment as a new patient who'd need another Depo-Provera shot, which is a shot given in the arm to prevent pregnancy. At the appointment we talked about my general health history and she gave me a well-woman examination. It was textbook, routine, simple. We then sat and talked about my eating habits, my smoking habits, and my sex habits.

It was then that my doctor informed me that she would not be giving me a birth control shot or even prescribing any form of hormonal birth control. She delivered the news directly, unblinking, as I sat in disbelief. She instead suggested that I get an IUD instead. But because my insurance didn’t cover birth control implants the out-of-pocket cost would be around $2,000, and to put it simply, getting IUD wasn’t an option for me. She then suggested sterilization, but I wasn’t ready for a permanent solution. Because she refused to prescribe me hormonal birth control, she told me that I’d have to use condoms with spermicide and that I’d need to track my cycle. She explained that due to my age and the fact that I had a nicotine addiction I’d be at a higher risk of developing blood clots. She explained, even tempered and calm, that she didn’t want to assume that liability, because it could affect her medical practice. Without saying it, she told me she wasn’t on my side. So I had no choice but to start using condoms during intercourse with my husband.

That course of “treatment” worked for six months. Then I got pregnant.

Following the appointment, life went on as usual. My husband got a promotion that came with a better title and more job duties, but his now-salaried position paid less than his hourly wage with overtime pay. We lost almost $25,000 a year. His promotion actually sent us into our own personal recession. Our vehicle was repossessed. The finance company got a judgment for $16,000 and began to garnish my husband’s paycheck. He worked in a city where mass transit was a joke, but we couldn’t afford to buy another vehicle. To make it possible for him to get to work, we rented cars for over a year.

I didn't have the luxury of doing what I wanted. I could only do what was best. And for us, that meant ending a pregnancy that would've hurt us all.

It took us just as long to dig our way out of the hole. We focused on keeping a roof over our kids’ heads, food in their bellies; we took care of all their needs, and only sometimes could we afford their wants. There were days my husband and I didn’t eat a thing. I applied for any social service program, but we had “too much money to qualify.” Even with five kids in school, we didn’t qualify for free or reduced lunch. We made $100 too much. We were $100 too rich, but barely hanging on. On top of it all, my period was late.

I hoped that I was late because of all the stress. After three weeks, I called to make an appointment with the doctor I'd seen almost seven months earlier. She couldn't make time to see me, so I called Planned Parenthood. I could walk in the next day or make an appointment for two days later.

On the morning of my appointment, I was furiously bargaining with the universe. A pregnancy would throw everything into chaos, and we were already struggling enough without it. I hoped that ovarian cysts had interrupted my cycle. I even asked for it to be early menopause. But the pregnancy test was positive, and the confirmation shook me to my core. I had to make a decision that either went against my dreams or went against the security of my family and our children.

For as long as I can remember, I’d wanted a large family. I dreamed of it. I endured several horrible miscarriages trying to attain that goal. I’d been warned, after my first child, to never get pregnant again. After my second child, doctors told me I’d probably never carry another pregnancy to term. Yet I had my six children, and I went through hell to make sure they lived. Just a year before, I’d had a miscarriage that almost ended my life. I developed septicemia. Never before had I been forced to make a choice. Now I had to.

I went home with a partial decision made already in my mind. For two days, my husband and I weighed our options. But the final decision was mine. My partner knew that no matter what I chose, I was putting my health, my emotions, and my mental state at risk. He knew he could only offer his opinion and his support. I knew that my family was on the edge of poverty. I knew I couldn’t be the one to pushed us over the edge. So I made an appointment for a week later.

I was terrified that I couldn’t go through it; afraid that I wouldn’t be able to look at myself in the mirror. I didn’t know if I could make it through the gauntlet of hateful protesters. I didn’t know if I could go home and still be a mother to my kids. I didn’t even know if we could afford rent. But I remembered that I had a choice, and making that choice, that heartbreaking and difficult choice, would keep my family afloat. So I went ahead with the abortion.

I walked out of Planned Parenthood that day feeling the weight of my decision — the physical, the emotional, and the mental. I walked out, my husband by my side, feeling the loss of what would have been our seventh child, but I also felt free. Of course I wanted my baby, just as much as I wanted the six who came before it, but I didn't have the luxury of doing what I wanted. I could only do what was best. And for us, that meant ending a pregnancy that would've hurt us all. We couldn't have cared or provided a life for another person. We could barely scrape by on our own.

I wasn’t an uneducated woman who’d gotten myself into a “predicament” I couldn’t handle. I wasn’t stupid, or irresponsible, or naive. I left the Planned Parenthood in Phoenix knowing that I'd made the right choice for my family. I put their needs before my own. I was a mother to six children. I was a partner. I was someone who had to make a difficult decision that was still right for my family. And knowing that, I put them first, no matter the cost of my own selfishness or my own desire to grow my the family of my dreams. I left that day knowing that if I found myself in the same scenario ever again, I’d make the same choice. I’d make it again and again.