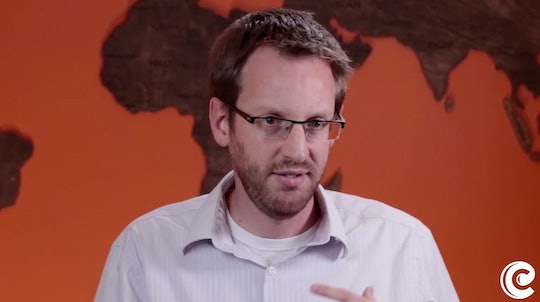 When I think about the sleepovers I had as a kid and teenager, I remember staying up literally all night with my friends, baking cookies and eating ice cream. And, of course, spending an obscene amount of hours talking, talking, talking. But for Ontario dad Tim Challies, the prospect of any of his three kids spending the night with friends calls to mind the possibility that they could be victimized or get into some strictly prohibited activities. And that's exactly why this dad won't let his kids have sleepovers.

As it turns out, the question of whether today's youth should be allowed to enjoy the slumber parties that most of their parents did is pretty surprisingly divisive. On one side of the debate is Challies, an Ontario Christian church official. He first publicized the "family rule" he and his wife established in a blog post back in 2014 ruling out all sleepovers, except those at relatives' homes: "We believed they would face a particular kind of vulnerability if they found themselves alone and in bed outside our care, and we wanted to protect them from it," Challies — whose kids are 11, 15, and 17 now — wrote at the time.

Many parents probably aren't especially comfortable with the idea of their kids being exposed to X-rated content or getting drunk on wine coolers in their friends' parents' finished basements, and Challies felt that prohibiting sleepovers would help to mitigate the risk. In his Facebook video, which has already garnered more than 50,000 views as of Wednesday afternoon, he explains his reasoning further:

For any parent who wants to do all they can to protect their children, the position is understandable, to an extent. And plenty of them are adopting similar family policies based on concerns ranging from the possibility that the friend's older siblings or father could molest their kids to trepidation over the fact the differing parenting styles could lead to their kids' watching an R-rated movie, the Associated Press previously reported.

Still, not everyone is on board with the idea of abolishing sleepovers, which many see as a fun rite of passage. POPSUGAR's Alessia Santoro criticized Challies' fear of the worst as "misplaced anxiety" and argued that when she had sleepovers as a kid, her parents knew her friends and their families well enough to be comfortable with it. And speaking to ABC News, Harvard Medical School professor of psychiatry Gene Beresin pointed out that sleepovers can have a positive effect on kids' growth:

Kids need to learn how to take care of themselves in unusual situations. They need to build autonomy and independence … They need to become aware of their own fears and anxieties and learn to call for help.

Parents who do allow their kids to have sleepovers oftentimes still take precautions, as one mom said in a comment on Challies' Facebook video:

I know parents that have this rule. I adored sleepovers as a child and have the best memories of them. As a parent I would not want to have my child miss out. I will follow my gut about the parents and the home. I will ask about guns and I will be aware of any older male siblings and then make my decision on a case by case basis.

In his original blog post, even Challies admitted that he and his wife had begun to relax the rule somewhat for their son, who was 14 at the time. So, perhaps the lesson learned is that parents should make a point to evaluate the families of their kids' friends to make sure they're safe, and not be afraid to communicate what they expect in terms of ground rules and supervision.