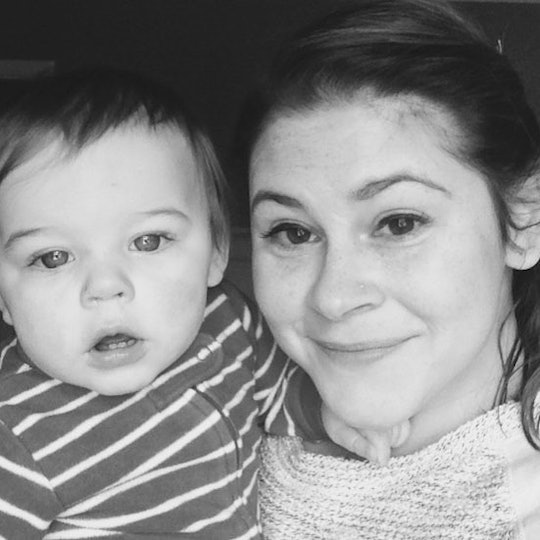 An Open Letter to My Rainbow Baby

When I found out I was pregnant, I didn't know that I would ever want to be. You see, I never thought I was someone who was supposed to have a baby. I was fiercely independent, and I liked my life the way it was. Then I saw that pink line on my pregnancy test, and I went into shock.

Within 48 hours of seeing that pink line, however, I had a period. That baby went away, as quickly and as unexpectedly had it came. Had I not taken the test two mornings before, I would never have known that I was even pregnant. Call it what you will — fate, divine intervention, or pure coincidence — but for some reason I think someone wanted me to know that that baby was there, because that was the baby that led me to have you.

At the time, I didn’t mourn my baby. What I mourned was a glimpse at the possibility of love — a new kind of love, a kind I didn't know I wanted in my life. After I lost my first pregnancy, I started thinking about creating a little person on purpose. I had just met your father, someone who made me realize how truly good a human being could be. And it got me thinking: What if we could make someone else as good as he is? What if we could turn two into three?

Before I lost my first pregnancy, I had never considered becoming a mother before. You see, I wanted to be free, free from the glue that would affix me to someone like you. Humans have a bad habit of breaking each other's hearts. I thought I would be safer if I spent the rest of my life alone. Creating a little colony of humans felt like a questionable decision at best.

Beneath the desire to be free from the bonds that tie a parent and a child together, there was a flutter in my heart. "What if?" it whispered. "What if? What if?"

But beneath the desire to be free from the bonds that tie a parent and a child together, there was a flutter in my heart. "What if?" it whispered. "What if? What if?" After I found out I was pregnant with my first baby — the one I never got to meet —, the whisper grew louder. "What if we could be happy? What if I learned a new way to love? What if I didn’t regret it? What if it didn't hurt me? What if I have a baby? And the flip side: what if I regret not having a baby at all?"

So I chose to have you. I chose you, even though it scared me. I chose you even while I complained about being pregnant (which I did, constantly). I chose you from the beginning. Before I even made you, I chose you.

I made so many jokes during my pregnancy. I joked about how much I wouldn't like you, even when you were still in my body. Then you came out, and I started making fun of you. "He's annoying," I told people. "He doesn't understand anything. He's super demanding and mean."

You are a rainbow, it's true. You are all of the colors and all of the things.

I said these things because I felt like I had to, so I wouldn't be crushed by the weight of my love for you. The truth is that you are the most amazing thing to ever touch my life. You are so magnificent that it sometimes scares me. I laugh off the magnitude of your existence because somehow, it makes me feel less scared for a moment. It makes me feel like I will be able to love you without being destroyed by my love. It makes me feel like I am the same person now as I was before you. I pray this is true, but even if it isn't, I would still choose you, every time.

You are a rainbow, it’s true. You are all of the colors and all of the things. You are red and yellow and green and blue. And you have challenged and changed everything that I thought I knew.