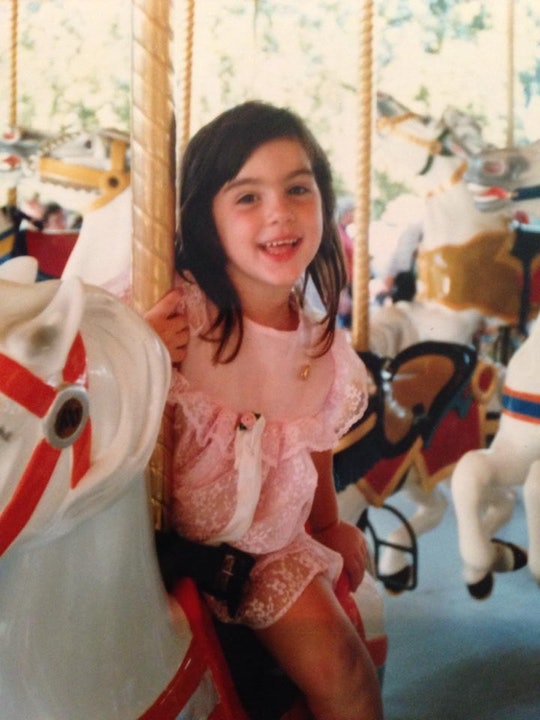 I thought I would reach out to let you know that you are the first person to officially call me “bossy.” I don’t remember who you are exactly or the precise moment you said it because, unfortunately and around the same time you called me bossy, I had a whole bunch of people reinforcing that very idea. I kind of got it a lot, actually. Perhaps it isn't necessarily fair, but I’m mainly writing to you (and, by extension, the rest of the unnamed, faceless people like you) for one main reason: I want to know what you saw in me that threatened you to the point that you had to refer to me as "bossy." What made you feel as though you needed to give me such a disparaging and discouraging sobriquet?

I’m not saying little kids can’t be “bossy” in the way you claim you mean it which, by definition, is, “fond of giving people orders; domineering.” Yes, a small child can be domineering and yes, that should be discouraged. However, in practice and in the way your diction and tone suggested, “bossy” is so much more than that. Like “thug,” “shrill,” and “articulate,” “bossy” is part of a coded language, specifically gendered and meant to stifle. Think back, and I mean really think, and try to recall any time you’ve actually described a man or boy as "bossy." You almost certainly haven’t, probably like you haven’t described a woman as “handsome,” even though the definition (“having an attractive, well-proportioned, and imposing appearance suggestive of health and strength; good looking”) in no way excludes women. No, “bossy” is a word meant to insult women by reminding them of their place and, more specifically, that it is not their place to be in charge of anyone or voice their wants and needs. It’s a message that is sent to girls from an early age in an attempt to perpetuate gender stereotypes and sexism and a slew of other potentially (read: always) harmful messages.

All the people who called me bossy usually said it in the same kind of way: equal parts disdain and condescension. I was never scolded for being bossy the same way I was scolded for being rude, mean-spirited, or for demonstrating any other undesirable behavior that kids (especially toddlers) tend to exhibit. Sure, my bossiness was distasteful and inappropriate and I'm not necessarily in a position to deny that fact, but it was also, it seemed, somewhat laughable. Like me thinking I had any right to tell someone else what to do or the right to voice my own opinion was so outlandish that it could only be funny. Yet in the very rare instances any of my brothers took a leadership role, the same people (including you) would smile, but in a different way. Yes, there was that level of, “Who does this kid think he is?” on account of my brothers' youth, but there was also a pride in their take-charge attitude that was never extended in my direction. Because you knew that, someday, my brothers and the boys in my life could channel those impulses for good. They were never, never subjected to the sneering laugh about how bossy they were. What made me "taking charge" funny? What was it about female authority, even the mimicked authority of a female child, that you considered to be unusual to the point of humorous? And, while we’re at it, what about it deserves your derision?

I want you to know that in the years since I was first called bossy, by you, you (or anyone remotely like you) couldn’t ridicule or shame away all my impulses to lead. I also want you to know that I have gone to some extended lengths to avoid that same condescending laughter you gave me, many times. That seed of doubt you planted has cost me. I’ve felt myself fight through and against the idea that I didn’t belong. I have consciously felt myself held back by some fictitious standard you reinforced. I have been cautious when I should have been bold, because I didn’t want to be seen as "bossy" by an individual who fancied themselves far more capable than I, just because of my gender. How much more could I have accomplished back then, if I hadn't have been afraid to take bigger chances? What if so much of my mental energy wasn't occupied convincing myself that I deserved a place at the table or chance to try? These are just a few of the many things that I am conscious of, to say nothing of the subliminal ways your lesson was learned.

I feel hackneyed and predictable whenever I make mention of the fact that women are underrepresented in leadership positions throughout society, from every level of government to board rooms to retail jobs to arts institutions. Apparently it needs to be said over and over and over again. Those of us who want to empower women and girls are continually fighting forces that effectively berate us from the time we’re toddlers for showing any inkling of leadership tendencies. Forces that you legitimized when you decided to call me "bossy." Forces I am not incapable of ignoring, especially since I have a daughter of my own.

I’ve no doubt that, since I was a kid, you’ve gone on to brand other girls as "bossy." I’m asking you now, publicly and emphatically to please stop. Pay attention to what behavior you’re discouraging in young women and question whether you’re discouraging it across gender lines. If a child, boy or girl, is being rude or mean in their desire to control others, here are a list of adjectives you can use instead of bossy:

You don’t have to let girls dictate everything to everyone,but you don’t have to discourage that desire to lead. Instead, you can channel it in a way many just inherently and automatically do for young boys. Find outlets for her to explore those impulses, like Girl Scouts, sports, debate team, drama, student government, activism. Encourage her goals, dreams, and ideas; Engage her in conversation; Let her know that her thoughts and ideas matter; Let her know she matters.

We live in a world where a fraction of the population has been empowered and encouraged to succeed and take charge. Aren’t you curious to see what things would look like if we extended those opportunities to everyone? What are you afraid will happen if we do?

Whoever you are, it took me a long time to recognize how you (and others like you) affected who I became as a person. I don’t blame you entirely, to be fair. I can only imagine that someone had to teach you what to expect and how to act. I honestly hope that we can set that aside, look to the future, and celebrate the Rise of the Bossy Girls.

Jamie, who is still learning to embrace her inner boss