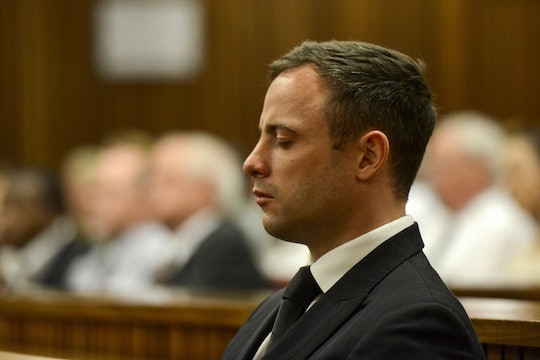 In October, Oscar Pistorius, 28, the South African double-amputee Paralympian athlete convicted of “culpable homicide” in the 2013 killing of his girlfriend, was released from prison after 11 months. Tuesday morning, the expected appeal of Oscar Pistorius’ sentence was initiated by prosecutors, claiming he should have been charged with murder.

South African chief state prosecutor, Gerrie Nel, initiated the appeals process at the Supreme Court of Appeal in Bloemfontein. During the proceedings, broadcast live, he was tasked with convincing a panel of supreme judges that numerous errors were made during the trial, most notably that Pistorius should have been charged with murder in the killing of his girlfriend, Reeva Steenkamp. The defense lawyer Barry Roux had his work cut out for him. Pistorius was absent.

In February 2013, Reeva Steenkamp was shot through a locked bathroom door during the early morning hours on Valentine’s Day. Oscar, the gold medalist once affectionately called the “Blade Runner” because of his carbon fiber prosthetic legs, has claimed that he thought he was defending himself against an intruder. After a chaotic trial marked by a frenzied media and nerve-wracked defendant who vomited when the details of Steenkamp’s final moments were outlined, Pistorius was found not guilty of murder. Instead he was convicted of the lesser charge — culpable homicide —and received a five year sentence. That fall he was carted off to prison with many doubting the outcome.

On October 19th, the Kgosi Mampuru prison parole board granted Pistorius’ release under the condition that he will serve out the remainder of his sentence at his uncle’s home.

Judge Thokozile Masipa proceeded over Pistorius’ high-profile trial, but in its wake many questioned her understanding and execution of the law.

Today Nel argued that the high court judge incorrectly “applied the principles of dolus eventualis to the facts and the conduct of Pistorius.” In South Africa, the guiding principle behind dolus eventualis is that if a person understands that his actions could cause the death of another person and still acts, that person should be charged with murder. What does this mean in this case? Well, since Pistorius shot multiples times at someone he believed to be an intruder in a tiny, enclosed setting, it's a possible indication that he was trying to kill that person.

Today’s appeal could lead Pistorius down a variety of paths. The Supreme Court could issue a retrial for murder, change the culpable homicide conviction to murder, or reject the appeal outright. When court was adjourned, the judges did not say when they would issue a verdict.

Immediately following the news of Pistorius’ early release, Reeva’s mother, June, who forgave her daughter’s killer, expressed her disappointment in an interview with SkyNews.

“[Reeva] lost her life, her career, having a child, having a wedding, having everything. And we lost her. Our whole life was destroyed. So it’s sending a bad message to the public actually, especially the women in South Africa. Is 11 months enough time for killing somebody?”