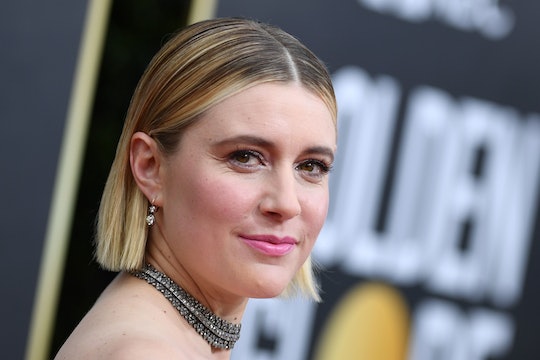 No Women Were Nominated For Best Director At The 2020 Oscars

Another year, another not-so-inclusive set of Academy Award nominees. Despite having a record number of female nominees across categories this year, the Oscars nominations majorly snubbed several women in the Best Director category.

The nominations were announced on Monday in the wake of tense Oscars buzz calling for more inclusivity in the Best Director category. But despite the vast number of acclaimed films directed by women in 2019, not a one of the nominated directors was a woman. Nominations presenter Issa Rae noticed the homogeny and drew attention to it immediately. “Congratulations to those men,” she said.

Unfortunately, the lack of nominated female directors is not something unique to the Oscars this year. There were also no women nominated in the category during the 2019 Golden Globes, something that director Greta Gerwig hilariously called attention to when speaking with the Hollywood Foreign Press Association.

As it stands, only five women in the history of the Academy Awards have been nominated for Best Director, and only one has ever won. Gerwig was the most recent woman to receive the illusive nod, for her 2017 coming-of-age film Lady Bird starring Saoirse Ronan, who also stars in Gerwig's adaptation of Little Women.

Italian filmmaker Lina Wertmüller, director of the 1976 film Seven Beauties, was the first woman to ever receive a Best Director nomination, according to Entertainment Weekly. After that it would be 17 years before another woman was nominated — Jane Campion for The Piano in 1994. Only three other women, including Gerwig, would go on to receive the nomination. Sofia Coppola was nominated in 2004 for Lost in Translation and Katheryn Bigelow went on to win the award for The Hurt Locker in 2010.

Despite the lack of female Best Director nominees, an unprecedented number of women were nominated across the categories. Notably, Gerwig’s Little Women — nominated for Best Picture and Best Adapted Screenplay, a combo that one would expect to lead to a directing nomination too, but I digress — and Scarlet Johansson's two nominations for Best Actress in Marriage Story and Best Supporting Actress in Jojo Rabbit.

The Academy stated that a record 62 women were nominated this year — making up almost a third of all nominees, according to ABC News. Still, numerous talented female contributions to the entertainment industry in the past year were snubbed including Beyoncé's hit song "Spirit" from The Lion King and Jennifer Lopez's critically acclaimed performance in Hustlers.

Additionally, racial diversity was an issue yet again this year with only one person of color being nominated in a major category, as Deadline noted. The lack of representation in that area is particularly troubling considering the fact that no people of color were nominated for a BAFTA this year either.

Sadly, #OscarsSoWhite isn't exactly breaking news at this point, and neither is the male domination of the Best Director category. But the fact that the same demographics continue to receive award nominations in the face of rising representation in the entertainment industry is more than a little discouraging.