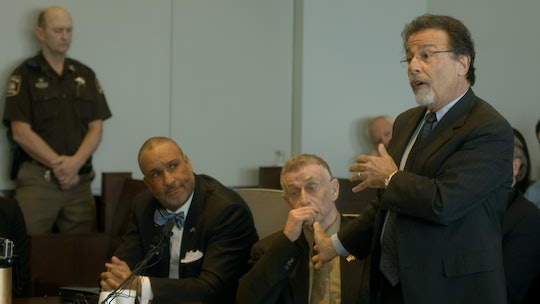 Attorney David Rudolf is perhaps best known for his work on the Michael Peterson case, which was captured for the documentary series The Staircase. Viewers got to see nearly every step of the process as Rudolf planned Peterson's defense and continued to defend him in court year after year. But while his spot on Peterson's defense team made him famous, Rudolf has been a working lawyer for decades and there are several other David Rudolf cases that can be considered fairly notable.

On his professional website, Rudolf details what led him to pursue law as a career, citing "fighting for the individual against the power of the government" as the cause motivating him most. He began taking on federal criminal cases for the Federal Defender office in Brooklyn before switching to teaching in 1978. He started the Criminal Law Clinic at the University of North Carolina School of Law but realized he wanted to be back in the courtroom. "I missed the ability to give a voice to the accused, and I missed the responsibility of protecting critical Constitutional rights," Rudolf wrote.

He eventually founded his own firm in 1982 and seems to have been working with them ever since. On his site, he lists seven other cases besides Michael Peterson's that he considers significant in his career. Here they are.