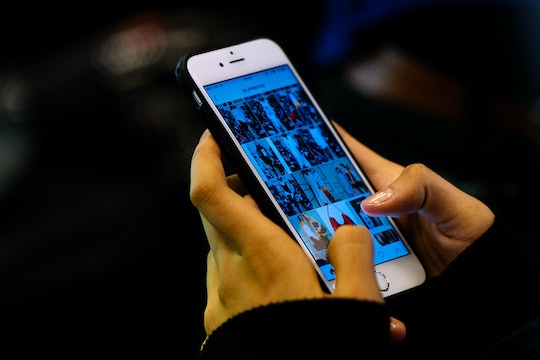 Instagram has been a social media tool that allows you to share all sorts of visual tidbits of your life, from the amazing sushi dinner you had last night to your toddler deciding to use his diaper as his latest artistic medium. But according to a new study, your Instagram feed may reveal a lot more about you than just your life's small moments captured, shared, and filtered for all the world to see: Instagram may be better at detecting depression than most doctors, according to HuffPost.

The study, titled "Instagram photos reveal predictive markers of depression," appears in the August issue of EPJ Data Science. While still a relatively small study with only 166 participants, researchers developed a computer algorithm to scan nearly 44,000 of their Instagram photos. The sample group self-reported if they were depressed, with about half of the group reporting they had clinical depression. The results were startling: The algorithm was able to correctly diagnose depression in Instagram users as much as 70 percent of the time. General practitioners, on the other hand, were only able to correctly diagnose depression 42 percent of the time.

The proof of concept study also revealed some interesting visual trends among the feeds of Instagram users with depression.

It's important to remember that this study is just a proof of concept, meaning the purpose of the study was for researchers to test out the effectiveness and accuracy of their predictive algorithm. So far, it would seem to do a pretty accurate job, but it's not to send Instagram users into a panic to scan their photos for signs of depression. What is important to remember is that social media itself can negatively impact depression, and that just as Instagram is another way of expressing and sharing ourselves with the world, we might be sharing more than we realize.