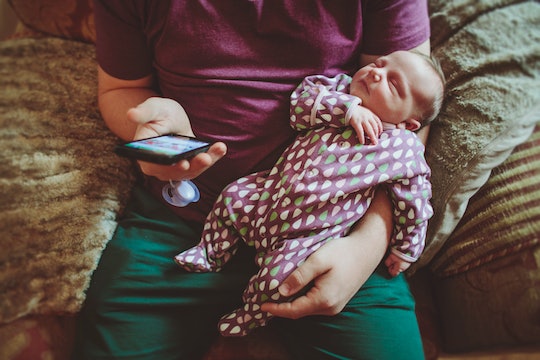 After Infertility, She Built A Test To Measure What Was Being Missed. Now It's FDA-Approved.

Like many women, Amy Beckley didn’t start trying to have a baby until she was in her late 20s, happily married, settled in her career and comfortable in her new home. And like 7 million other couples, she and her husband found themselves unable to conceive. The times she did get pregnant, she miscarried.

“I was a scientist, I had been doing hormone signaling, so I was doing ovulation tests and taking my temperature,” says Beckley, founder of MFB Fertility Inc., the medical device company behind Proov ovulation tests, based in Boulder, Colo. “Everything you could buy off Amazon, I was doing.”

Yet still, something wasn’t right.

After two losses and a year of trying, Beckley headed to the reproductive endocrinologist, who told her she had unexplained infertility. Her second cycle of IVF was successful, and she has a 9-year-old.

The real magic happened when Beckley decided to try for her second child — this time, like many other female entrepreneurs in the tech space, attempting to figure out her infertility issue on her own.

She knew that over-the-counter ovulation predictors (such as ClearBlue and FirstResponse) will tell you when your body is preparing an egg because these tests measure a rise in the luteinizing hormone (LH) in the urine.

What the tests don’t measure, she says. is whether the body is producing the presence of PdG, a urine metabolite of progesterone.

This is the hormone released by the ovary after ovulation, and it’s necessary for a healthy ovulation. It’s difficult, if not impossible, to get pregnant without both.

“I was ovulating, but not properly,” Beckley says, explaining why the standard ovulation kits showed that she was ovulating. “My theory was that I wasn’t producing enough of the PdG hormone.”

When you don’t produce enough PdG, you can have an early pregnancy loss and infertility. Signs of this also include PMS (Beckley had heavy bleeding during her periods), brittle bones, weight gain in the midsection, dry skin, low sex drive and low energy.

Giving progesterone to pregnant women with early pregnancy bleeding and a history of miscarriage largely benefits them, found a 2019 study published in the New England Journal of Medicine, leading to healthy pregnancies. In the study, done at the University of Birmingham there was a 4% increase in the number of babies born to the women taking progesterone who had previously had one or two miscarriages, compared with those who had a placebo.

The benefit was even greater for those who had previous recurrent miscarriages (three or more miscarriages), leading to a 15% increase in the live birth rate.

It’s a simple solution, as there are progesterone supplements you can take to nourish the uterus and make it receptive for the embryo to implant.

A few cycles after she began taking progesterone, Beckley got a sticky pregnancy which led to her second child. “It was that easy: I could have saved all this trouble and hassle and cost and stress if I had known that low progesterone was the problem,” she says.

So Beckley set out to fix the issue for other women, creating Proov, an at-home PdG test that measures the presence of PdG in urine so women can truly confirm if they ovulated successfully.

She invented Proov in her basement, and did crowdfunding, raising an initial $45,000.

In March, Proov received the FDA clearance of the at-home test, and it’s the first FDA-cleared product of this type. In lab studies, the tests were 99% accurate for detecting PdG in urine.

"I believe that any ability for women to understand their cycle and more — if it does not increase anxiety and the cost — is beneficial," says Shieva Ghofrany, M.D., partner at Coastal OBGYN in Conn. Ghofrany thinks the test is most useful as a way to gather information about a person's cycle, if not a complete overhaul of the typical approach to infertility. As a retrospective test (which detects signs that a woman has already ovulated), Proov is likely "of less benefit in women with regular cycles (those who would be using this as they need to time the test based on predicted ovulation)," she says, "and less helpful in women who really need it (those who ovulate less frequently or less regularly)."

If women aren’t getting the positive test result, Proov representatives suggest they ask their doctor for further testing, or try adding progesterone supplements to the mix.

Beckley believes that Proov can help more than 15 to 30% of couples with unexplained infertility, as low progesterone is the number one cause of infertility. So this is a simple solution that’s less invasive and less costly than IVF and other solutions,available over-the-counter ($39.99 at Proovtest.com for seven strips). The test takes five minutes, and follows the same process as other ovulation and pregnancy tests.

The Practice Committee of the American Society for Reproductive Medicine. (2006) Effectiveness and treatment for unexplained infertility. Fertility and Sterility, https://www.sciencedirect.com/science/article/abs/pii/S0015028206032493?via%3Dihub

More Like This
OB-GYNs On How The End Of Roe Changes How They Can Care For Us
I Found Gender Euphoria In My Second Pregnancy
Everything To Know About Pilates During Pregnancy
Pitocin Induction: What It Is & The Play-By-Play