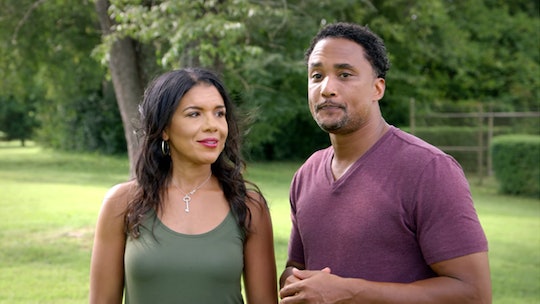 Is 'Flip Or Flop Nashville's' Page Turner Dating Anyone?

For right now, it seems like Turner is not dating anyone — at least not publicly. Her Instagram shows no signs of a special someone, and there hasn't been anything in the news about the topic. However, it's clear that she has plenty of other important people in her life. For one thing, Turner has three daughters, whom she often brags about on Instagram. In a post back in December, Turner listed off things she "jumped" into over the course of her life. "I jumped. Raised three baby girls and put them through private school & college. With no child support. They broke generations of cycles," she wrote.

Additionally, Turner has a ton of friends and other family members whom she is close with, and they often appear on her Instagram as well. And on top of her busy personal life, she keeps extra busy by co-hosting Flip Or Flop Nashville.

Basically, it's clear that Turner has plenty going on, whether or not she has a secret bae at the moment.

Flip Or Flop Nashville first debuted in January 2018, and Season 2 of the home makeover show premiered earlier this month, on Jan. 3. As Turner and Jenkins revealed when the show first began, they were previously in a romantic relationship for five years, but they found that they work better in a business relationship. Turner is a real estate agent, and Jenkins is a licensed contractor, making them the perfect hosts for Flip Or Flop Nashville.

The thought of working with your ex in front of a camera crew every day probably sounds like a nightmare for most people. But for Turner and Jenkins, it's not a problem. “She really knows the heartbeat of the city,” Jenkins said in an interview for HGTV, referring to Turner's knowledge of Nashville. “She’s really good at finding not only the homes on the market but homes that haven’t reached the market yet. She’s done a really good of networking and finding those little niches where we can get those great homes.”

And in an interview with Us Weekly, Turner explained that the key to their success as exes is the friendship they built after their respectful breakup. “We dated for a long time, but we still remained friends. So that’s I think the big difference," Turner told the magazine. "We didn’t have this huge blow up where we just stopped speaking and all that drama. We still work together well and make money."

Perhaps as Season 2 goes on, Turner and Jenkins will let viewers in on their personal lives a bit more. Flip Or Flop Nashville airs on Thursdays at 8 p.m. on HGTV.