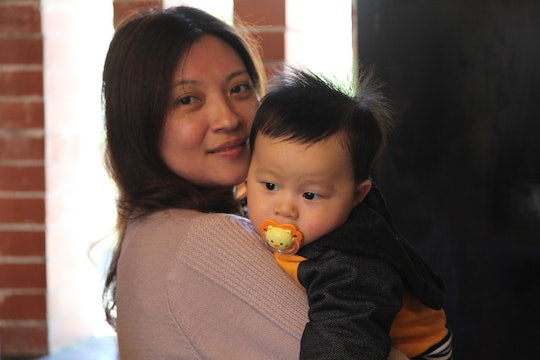 Over the last couple of years, the public has been quick to praise several big name brands for expanding their family friendly benefits and offering employees paid family leave when they welcome a new child. Companies like Starbucks, Walmart, and KFC have received generous applause in recent years for upping the ante for employers across the country thanks to their progressive policies. According to a new study, however, the paid leave discrepancy between corporate and lower-wage employees in many companies is actually larger than most people realize. In fact, access to paid leave in the United States has actually declined within the last 10 years.

New research, released on Wednesday by the non-profit PL+US: Paid Leave for the United States, found that most of the largest employers in the country give their corporate employees significantly more paid family leave than they do their employees who are hourly or part-time. Many companies — including Walmart and Starbucks, whose corporate policy is a welcome change of pace — currently exclude hourly, field, and part-time employees from their paid leave policies altogether. Often, full-time lower-wage workers receive fewer benefits than those in corporate workplaces as well: As Rewire pointed out, baristas at Starbucks are given six weeks of paid family leave, while non-store employees receive 16 weeks of paid leave.

Romper reached out to Starbucks and Walmart for comment, but did not immediately hear back.

"I had no paid leave and had to go back to work at Walmart two weeks after childbirth," Jasmine Dixon, a mom working at Walmart, claimed in an interview with PL+US. She continued:

I took Zyon to his first 2-week doctor’s check-up and found out that he needed to go back to the hospital urgently. They took him away in an ambulance – I was terrified for him, and that I might be risking my job at Walmart by coming in late that day. I called my manager to let them know I had to go with my baby to the children’s hospital, but it didn’t matter – my store manager penalized me for missing work.

Luckily, there are some companies who have chosen to extend paid family leave to all employees who work with them. According to PL+US, Ikea provides its 14,000 employees — both hourly and salaried — with up to four months of paid parental leave. Similarly, both Levi's and Nordstrom have paid leave policies that don't discriminate between those on salary or those paid hourly, and they're joined by Apple, Hilton, Wells Fargo, Bank of America, and JPMorgan Chase.

According to the Boston Consulting Group, giving employees paid family leave is a win-win situation: The companies studied all reported a positive return on investment, and according to PL+US, companies that offer paid leave usually save money thanks to a decrease in employee turnover.

Hopefully, the benefits to parents, children, and corporations will be enough to convince more employers to offer workers paid family leave — and to offer the same benefits to all employees, rather than only those working in corporate offices.