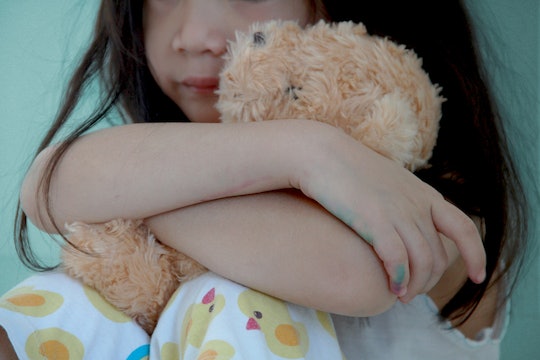 In recent years, the number of children placed into foster care housing has increased steadily, as has a certain type of drug use among American adults. As the trends run laterally to one another, some have theorized that they may be connected. Until now, there was little research to back that up. However, amid a growing opioid epidemic in the United States, a new study has found that increased drug use among parents has led to more kids in foster care, and the findings indicate that a very specific type of family is being most heavily affected.

In a new study published yesterday in JAMA: The Journal of the American Medical Association, researchers evaluated foster care admissions in the United States and found that the number of entries attributable to parental drug use increased by just over 147 percent between 2000 to 2017.

To gather this information, the researchers analyzed data from over 5 million children listed in the Adoption and Foster Care Analysis and Reporting System, which stores case-level data about their demographic characteristics, health status, geographic area, and home removal reason. According to the study, reasons include physical or sexual abuse, neglect, child disability or behavior problems, child alcohol or drug use, parental alcohol or drug use, death, incarceration, inability to cope, abandonment, relinquishment, or inadequate housing.

Researchers ultimately found that of all children placed in foster care, just over 23 percent were due to parental drug use. However, the number of cases between late 1999 and 2017 rose "dramatically and steadily," from accounting for 14.5 percent of cases in 2000 to 36 percent of cases by 2017.

It's important to note that, according to the U.S. Centers for Disease Control and Prevention (CDC), from 1999-2017, "almost 400,000 people died from an overdose involving any opioid, including prescription and illicit opioids," and the U.S. Department of Health and Human Services declared it a public health emergency in 2017.

This study's findings are crucial because while there's an increasing body of research detailing the impact that opioid use has on adults, there is less regarding how it impacts their kids.

"A lot of the work out there [on the opioid epidemic] has focused on mortality and overdoses and how it affects adults," Angelica Meinhofer, an instructor in health care policy and research at Weill Cornell Medicine and an author of the study, told NPR. "It's less known how the epidemic might spill over to children. And that's something I'm trying to shed light on."

Specifically, the study noted that the children who are most directly impacted are most often under 5 years of age, are white, and from the southern region of the United Staes. However, it has increased for kids of all backgrounds and geographic locations overall.

If it seems startling that this has become such a pervasive issue, the National Institute on Drug Abuse explains how it came to be. In the late 1990s, medical professionals did not know that these types of prescription pain relievers could be addictive, and therefore, began to prescribe them at greater rates. However, by 2017, more than 70,000 Americans died due to opioid use, according to the National Institute on Drug Abuse, and the American Addiction Centers estimates that 19.7 million others struggle with addiction.

According to the CDC, the most common types of drugs abused are Oxycodone, Hydrocodone, and Methadone. However, the CDC also notes that in an effort to fight the crisis, adults with pain management requirements are encouraged to look into alternative pain management resources, such as acetaminophen or ibuprofen, cognitive behavioral therapy, exercise therapy, including physical therapy, medications for depression or for seizures, interventional therapies (injections), exercise and weight loss and other therapies such as acupuncture and massage.

For adults struggling with addiction, the National Institutes of Health recommends that you should reach out to a medical professional for help, drug rehabilitation counseling, and other support. This is an epidemic having widespread impact on many people and, in turn, their families.