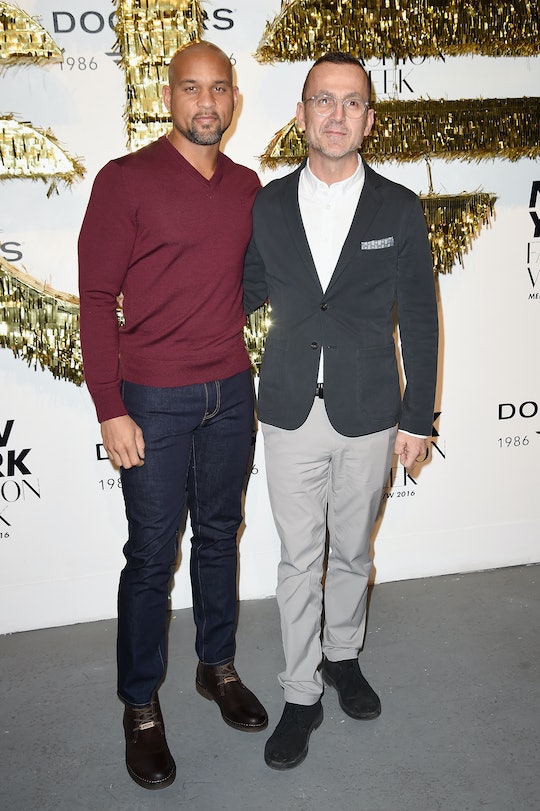 As the years go by, media is becoming steadily inclusive of LGBTQ people — from celebrities' openness to featuring LGBTQ characters on television shows and movies. But, it's important to recognize and celebrate this community in everyday life as well. In an incredible first, Parents featured gay dads on its new cover, but some conservatives are furious over the inclusive move.

Indeed, the reactions to Parents' decision to celebrate and recognize that LGBTQ parents exist, and have their own incredible and relatable journeys, shows some of the discrimination that the LGBTQ community still has to navigate through every single day.

Parents is a monthly magazine that helps parents with every aspect of raising kids, from pregnancy through the school years. According to its website, the magazine strives to include the latest news and recommendations on kids' health, safety, nutrition, behavior, and more to give all parents the tools to raise happy and healthy kids.

It's obviously an important resource for parents, but it hasn't always been totally representative. Although the magazine has been around for almost a century, as noted by LGBTQ Nation, it is featuring its first same-sex couple on its cover for the February issue.

Parents' new cover features Shaun T. Fitness, a fitness motivational speaker who founded the Insanity workout, and his husband Scott Blokker with their twins, as LGBTQ Nation reported. In addition, the magazine ran a feature about the couples' attempts to have kids through surrogates.

That's a topic plenty of parents can relate to, and many people are happy to see this couple's inclusion in a popular publication, but some conservatives are outraged.

One Million Moms — a "subset group" of the American Family Association, which is among the Southern Poverty Law Center's designated hate groups, according to the Washington Blade — cautioned its readers about Parents, writing in a statement on Jan. 17:

Mothers and fathers are seeing more and more similar examples of children being indoctrinated to perceive same-sex couples as normal, especially in the media.

The group went on to claim that "most conservatives and Christian families will disagree morally with the magazine's decision" and noted they "will not want to support its content." One Million Moms specifically took issue with Parent's tweet mentioning Shaun T. on Jan. 3.

At the bottom of the blog post, One Million Moms urged readers to sign their petition to "voice your disapproval of the magazine’s attempt to normalize same-sex parenting." So far, as of Jan. 22, the petition has over 10,000 signatures.

It's disheartening and frustrating to see the couple's feature being used as a way to target LGBTQ people, but many readers have stepped up to call out the bigotry. Beneath an Instagram post on Parents' account regarding the feature, users came through to share their love and support.

"Love love love!!! I plan to show this cover to my 5 yo so she will understand that families come in all sorts of different ways and that's HOW IT SHOULD BE!! Thank you for not leaning into the hate!! So proud of @parentsmagazine!!" one user wrote.

Another added, "This is beautiful!!! Love is love is love!!! Ignore the bigots and haters. You both have a gorgeous family!!!"

One user called the feature powerful and important, sharing their own experience. "We are weeks away from bringing our 2 year old son home. We’ve adopted him. Seeing recourses like this:1, melts my heart and makes me feel so proud. 2, empowers us to be confident parents who are gay. 3, makes me look forward to the future our son is going to grow up in x#thankyou," they wrote.

Many also took to Twitter to applaud Parents' new cover.

In the end, love always conquers hate. Parents featuring a gay couple on its cover should be celebrated; it is a big moment for other LGBTQ couples and parents who are looking to see themselves reflected in parenting discussions. There may be some haters, but it's obvious that Parents' community is more than ready to offer all of their support.