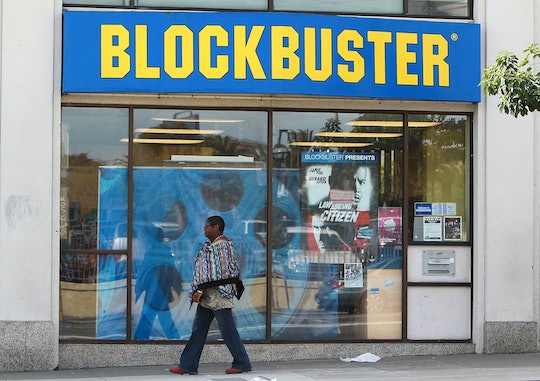 Boy With Autism Gets Blockbuster Surprise

If you're a product of the '90s or '00s, you likely have fond memories of going to your local Blockbuster store to pick out a cool new movie to watch at home. Maybe you even got some popcorn, candy, or snacks to go with it as well. Say what you will about the merits of Netflix, but there was just something so magical about Blockbuster as a kid. And as these parents just made a mini-Blockbuster store for their son with autism, it appears the magic lives on.

Twenty-year-old Hector Andres Zuniga, who has autism, is a young man from Texas who absolutely adored his local Blockbuster, right up until it closed down April 23. But his parents weren't about to let him get his heart completely broken over the store's closing.

As Zuniga's brother, 19-year-old Javier Zuniga, shared on his Twitter page Sunday, his parents were able to build a mini-Blockbuster store just for Hector, right inside their home in Sharyland, Texas. The post, which has since been retweeted over 30,000 times, features Hector seeing his own Blockbuster store for the first time, and his reaction is more heartwarming than you can imagine. And even though Hector is mostly non-verbal, his expression speaks volumes, and the excitement in his eyes is almost palpable as he sees what his parents did for him.

Speaking to the Huffington Post, Hector's dad, Hector Sr., said, "[Hector Andres] is a happy-go-lucky kid. He’s all heart, he’s very tender, but like anyone else, he has bad days. And we knew one of those bad days were around the corner when we found out that the Blockbuster was about to close."

So, as soon as the store started selling their items before closing, the Zuniga clan were some of the first in the door, stealthily buying and hiding several of Hector's favorite movies and television shows. Hector Sr. even said that the staff at the Blockbuster was helpful in setting aside items they knew Hector would want. Then, on the last day that the store was open, Hector's parents took him to let him say goodbye, but made sure to tell him, "This place is closing, but it’s OK," according to Hector Sr. "We have a surprise for you at home," he added.

When they arrived back home, Hector saw what his parents had done for him, and he was completely shocked. "It’s hard for my son to express emotions,” Hector Sr. said told The Huffington Post. “But when he saw the room, his eyes were as big as saucers.”

As parents of children with autism know, change is hard on them, so the gift was especially important. And as for Hector's response? "His way of saying ‘I love you,’ is by going up to you and grabbing your earlobe,” Hector Sr. explained. “So he came up to me and grabbed my ear.”

Truly, a magical ending, brought to you by Blockbuster — and one amazing family, of course.