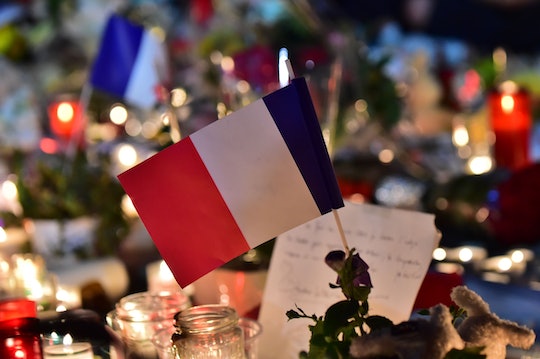 Thanks to the true kindness of people and the power of social media, a happy ending for one family was made possible after Thursday’s terror attack in the southern French city of Nice, which killed at least 84 people and left scores more injured. An eight-month-old baby boy became separated from his mom in the chaos on the seafront streets, but now the parents have reunited with their baby after the Bastille Day crash following desperate pleas posted on Facebook, which were luckily found by the right woman.

Friends of the the little boy’s mother posted on Facebook franticly late on Thursday evening asking the public to help find the child. One friend, Yohlaine Ramasitera, posted a photo of herself with the missing baby, which she captioned in French, "If you see this child contact me" along with her phone number.

A friend of Ramasitera's, Rebecca Boulanger, lives in Nice and is pastor at the city's Victory Christian Church. After seeing her friend's frantic post, Boulanger wrote another Facebook post in English, appealing to the world on social media to keep spreading to word.

"Yohlaine is my friend and member of my congregation. When I saw her appeal about her friend's missing baby I reacted the way I would want people to react if it was my child," Boulanger told the BBC.

Boulanger’s post was one of many on social media asking for help to find the missing baby, including one post from the little boy’s aunt, Tavia Banner, which has been shared more than 22 thousand times.

As news of the missing boy spread of social media, the boy's family continued to frantically look for him in the streets.

Just two hours after friends of the parents posted on Facebook, an unidentified woman contacted the family. According to the BBC, the woman had taken the baby boy to her home to keep him safe amid the mayhem.

"It was a miracle." Boulanger told the BBC. "A picture of the child was requested from the woman to ensure that it was him, and then finally the baby was reunited with his worried parents."

"Thank you facebook to all those who have helped us and sent messages of support," Banner, the boy's aunt, wrote on Facebook, adding that other members of the boy's family are hospitalized. She requested privacy on the boy's parents' behalf and asked for others to pray for the families of the victims.

French authorities named Mohamed Lahouaiej Bouhlel, a 31-year-old Tunisian man who lived in Nice, as the man who plowed into the crowds celebrating Bastille Day and said Thursday’s attack is in line with the work of Islamist militants, although there is no evidence linking him to the jihadist organization, ISIS.

Recent events sadly make it feel like there is more hate than love around the world. But, news of this little boy being reunited with his parents is a heartwarming reminder that the world isn't all bad and with the help of social media, people can and want to do a lot of good others.