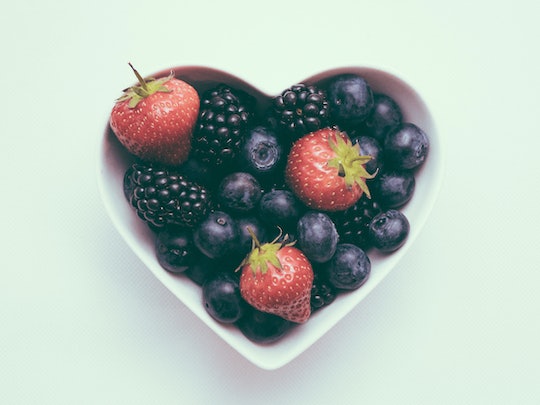 New guidelines from the American Academy of Pediatrics recommends that parents should encourage healthy lifestyles in teens, according to a study published Sunday in Pediatrics. These new guidelines aimed to address both ends of the adolescent weight spectrum, from preventing both obesity and eating disorders in teens. The need for new guidelines is clear: According to the study, approximately 20.5 to 34.5 percent of teens aged 12 to 19 years old are considered obese, based on their body mass index, from data current as of 2012. Equally as concerning, the study noted, is that eating disorders are the third most common chronic condition among teens, following behind obesity and asthma.

The study examined a number of factors that could influence adolescents toward unhealthy eating habits — everything from teen dieting to body image perception. The findings are stark: Among teens (particularly teen girls) who dieted regularly in an effort to achieve weight management, they were more likely to end up overweight if they dieted in ninth grade. Even teens who dieted at a "moderate level" — including restricting caloric intake and meal skipping — were five times more likely to develop an eating disorder than their non-dieting peers. The study outlined five strategies for families to prevent obesity and disordered eating in teens.

As any teen knows, body image can be an incredibly difficult concept with which to grapple — everything from the clothes they wear to how they style their hair to achieving an ideal weight. Parents should avoid what researchers called "weight teasing," especially among overweight or obese teens. Instead, parents and pediatricians should promote healthy, positive body image messages.

3. Eat More Meals Together As A Family

Family meal time, the study noted, has multiple benefits for teens: They are more likely to consumer healthier foods and less likely to develop disordered eating habits, such as binge eating. Eating together as a family prevents teens from eating (or not eating) on their own, allowing parents to keep an eye on their kids' eating habits.

4. Open Up About Bullying

Researchers recommended that pediatricians and parents should each broach the subject of bullying and harassment from peers with overweight or obese teens. Together, they should work together to form an appropriate response and plan to combat the bullying about their weight and to encourage body confidence.

Even when parents and pediatricians follow all of the above guidelines to prevent obesity and eating disorders in teens, they still need to pay attention to the signs that their teen may be slipping into poor eating habits and body image issues. Many times, teens will try to hide disordered eating habits, so here are seven eating disorder habits in teens parents can be on the lookout for in their families.