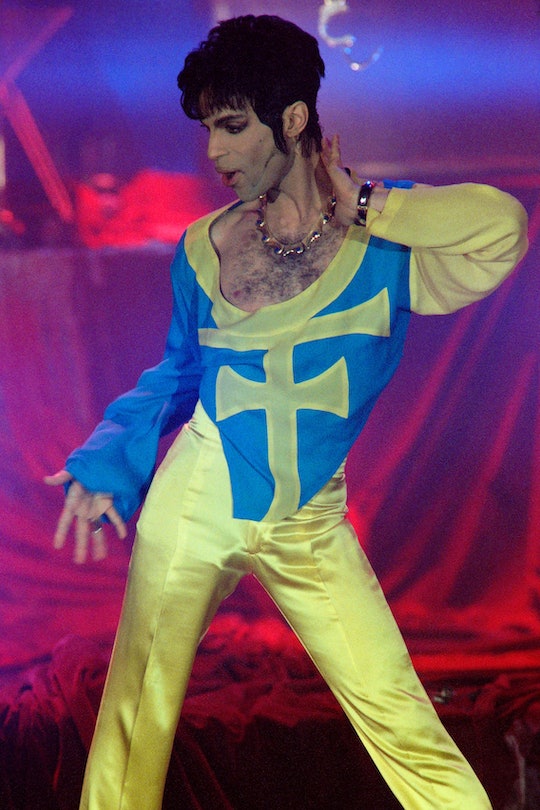 Parents Should Take Away This One Lesson From Prince

The death of beloved recording artist Prince has left music fans reeling, but there's an important legacy left behind that transcends music, and if parents take one thing away from Prince's life, it should be this: It's OK, even preferable, to be weird. When Prince hit the scene, we'd never seen anything like him. We still haven't. We probably never will. And that's undeniably a good thing. From the moment kids enter kindergarten, they're pressured to fit in, dress like everyone else, act like everyone else, and think like everyone else. What kind of gray, dystopian future does that set them up for?

Fitting in means everything to most kids, and rocking the boat can get them picked on, bullied, or worse. But if we look at adults, our heroes are always the ones who went against the grain. Nobody was ever quite clear on Prince's sexual orientation, where the heck he got his clothes, what genre of music he fit into, or what planet he was from. And that's what made him an icon. He didn't look or sound or act like anyone else, and in turn, he was beloved by millions. If you ever passed Prince on the street, by God, you'd know it was Prince. If you heard a snippet of a Prince song on the radio, even if you weren't a hardcore fan, there's no way you'd mistake it for the work of any of his contemporaries. Hell, he didn't even have any contemporaries. He was an original.

Kids understand, on some level, that they'll be adults one day, but it's an abstract concept to them. They're only truly invested in today, and maybe tomorrow. So it's hard for them to see that their childhood is, in a sense, only preparation for the adult years that will ultimately make up the bulk of their lives. Teaching them to fit in as kids won't help them stand out as adults. If we want our children to make a difference, to challenge expectations, and be well-rounded adults one day, those lessons need to start from day one.

That means that if your 10-year-old daughter wants to play football, you sign her up. No girls' team? Too freakin' bad; she's joining the boys' team or you're calling the ACLU and the local news station. Does your son want to wear nail polish and a cape to school? Go ahead and warn him that some other kids might pick on him, but don't use it as a reason not to let him, and moreover, tell him that anyone who has a problem with him is wrong, full stop.

The weirdos inherit the Earth. Don't believe me? Go ask Bill Gates if he was a letterman in high school. Or better yet, Facebook-stalk all the weird kids and normal kids you remember from school (if the normal kids were even memorable) and see how they turned out. Then shut down the computer and encourage your kid to be their own weird self, from now until the day they die.