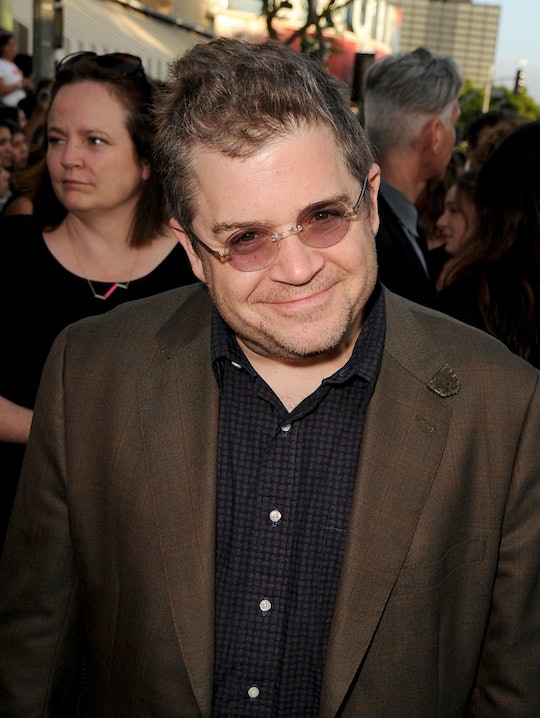 Sci-fi and comedy fans have super a good reason to geek out today. The A.V. Club reports that the team behind the revival of Mystery Science Theater 3000 cast Patton Oswalt as a henchman. (Woohoo!) Writer Katie Rife reports that Oswalt’s character will be known as TV’s Son of TV’s Frank, "so called (appropriately enough) because he is the son of original Forrester henchman TV’s Frank."

The actor and comedian was initially involved in the reboot as a writer, but creator Joel Hodgson decided it would be even more fun to have him on camera. According to Flavorwire, other MST3K cast members include Felicia Day, Jonah Ray, Baron Vaughn, and Hampton Yount. The show gained a cult following after its 1988 premiere on local TV in Minneapolis. Vulture offers a primer on MST3K:

The show always centered on a man stranded in space (first Hodgson, then Mike Nelson) with two robot companions: Tom Servo is a gum-ball machine of sorts, and Crow T. Robot has a beak and is more of your run-of-the-mill ’bot. Each episode, the three characters are made to watch a B-movie as an experiment by “the Mads,” two mad scientists who harass the protagonists. The host and his robots then delightfully and sarcastically riff on the terrible films they watch.

By the time the show was cancelled in 1999, creator Joel Hodgson reported that they'd created 197 episodes and even earned 2 Emmy nominations. Now, he's fundraising on Kickstarter to revive MST3K: a move necessary since they've struggled to get buy-in from television executives. As of publication, they've brought in over $3.3 million in pledges, enough to produce six episodes. If backers put up a total of $5.5 million by the time the fundraiser ends in 11 days, the MST3K team will be able to produce a full season of 12 episodes.

Plenty of fans are sharing their delight at the casting announcement:

Though others aren't sure Oswalt is the right fit:

It's certainly exciting to see the reboot taking shape. And with the Kickstarter building momentum, we may even have a full season of MST3K to look forward to!