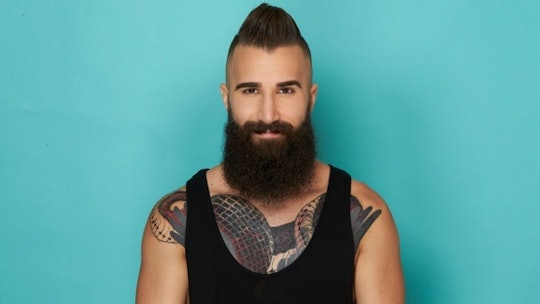 Big Brother 19 has already introduced a ton of twists and one of the biggest of all was another houseguest, except this time it's a familiar face. Paul Abrahamian returns for Big Brother 19 and everyone's excited — though it comes with a twist. Once host Julie Chen announced a past fan favorite houseguest could be returning to the game Big Brother fans immediately started speculating it'd be Paul, who came in second place last season.

The return of a fan favorite was locked in when contestant Kevin Schlehuber took the first temptation of the show, snagging $25,000, but also causing a consequence for himself and the house. While Kevin will have to throw the first Head-of-Household, the consequence for the house was not only the return of Paul, but the fact that he'll now be swapping places with one of the other houseguests.

With all the power in Paul's hands, the houseguests started filing in to make their petitions to Paul for why they should be one of the eight chosen ones. Almost everyone sat down to chat with Paul and there were some interesting bribes put on the table. Elena made Paul a cheese sandwich (smart move), Raven just used her cute Southern charm, and almost everyone attempted to claim how they'd be an asset to Paul's game.

In the end, Paul decided to keep things as equal as possible, choosing four women and four men. The chosen few were Jessica, Dominique, Raven, Elena, Kevin, Mark, Jason, and Ramses. It turns out Paul loves cheese sandwiches almost as much as he loves friendship.

Once the chosen few were picked, the players' true colors came out. Both Cody and Alex revealed in the diary room that they never even liked Paul and they're clearly pissed. Josh, however, still believes Paul has his best interests at heart.

Now Josh, along with the rest of the eight, will have to compete for a final chance for safety before the remaining three compete to see who will be evicted from the house on the very first night.