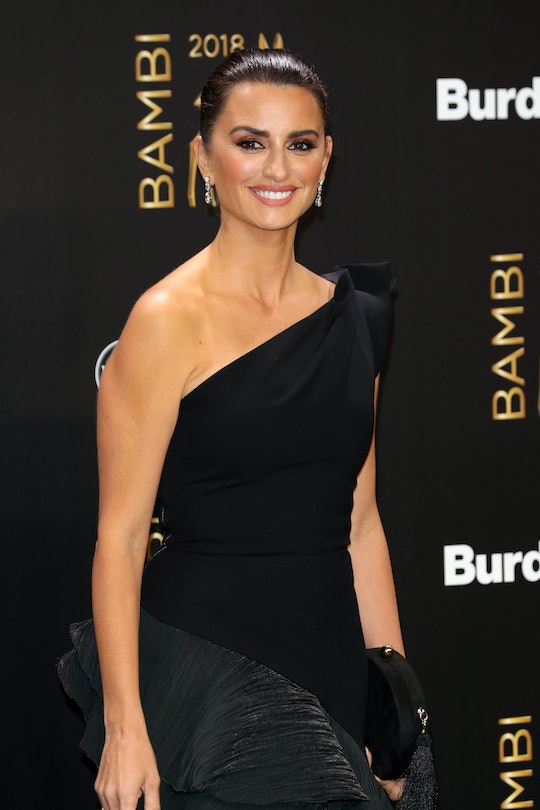 Society calls upon women, and often moms in particular, to embody conflicting ideals. Mothers are put on a pedestal as fertility goddesses, but simultaneously belittled for "staying home all day with the kids." Women are told exactly how to look, how to act, and criticized when they fall short. Penélope Cruz's empowering message to women — both with and without children — calls out these double standards and encourages women to shrug off the identities thrust upon them. If you're feeling bogged down by unrealistic expectations, her comments may be exactly what you need to hear today.

Cruz spoke with Marie Claire for the magazine's February cover story about the pressures placed on women by society. Whether they are raising children, focusing on their career, or neither; it often seems like women just can't win in the eyes of the world. Well, Cruz — a mother of two young children and Hollywood superstar — is calling B.S. on that. “There are so many taboos related to women,” she told the outlet. “You realize when you go through the whole process [of becoming a parent] that society tricks women a lot — and men too.”

She went on to explain that women are expected to be superheroes and do it all in high heels. “This image society gives you — that you have to be a super-woman, that you need to be out of hospital in 24 hours, wearing high heels. No, you already are a superwoman!” she said. “We’re all superwomen — those of us who have children and those of us who don’t.”

Cruz told Marie Claire that motherhood is something that came naturally to her, and is the life that she "always wanted since [she] was a little girl." But it wasn't something that she rushed. “When I was 4 or 5, I was already performing, and the characters in my games were always mothers,” she said. “I really wanted to be a mother, for as long as I can remember.” And when Cruz found her husband Javier Bardem, children were the next step. “But I did it when I felt the time was right — the right time, the right person."

Since then, motherhood has been what has brought her the most joy, despite it being a complex experience, as People reported:

There are a lot of things that have surprised me about it. ... It’s like a revolution inside you — a very animal-like one. The whole world looks different. You’ll never think of yourself first again, and I think that’s a very good thing. It happens in a second.

Rather than let motherhood make her more susceptible to the glare of the public eye, she used the inner strength it afforded her to push back. In a 2017 interview with Interview Magazine, she opened up about motherhood in a similar way to her Marie Claire cover story, saying:

Cruz isn't alone in her perception of the pressures placed on women, and mothers in particular. A 2017 survey conducted by TIME found that societal pressures on moms are stronger than ever. Whether it comes to parenting styles, looks, or career choices — everyone has an opinion. And while motherhood is what empowered Cruz to stop giving a damn what the world thinks of her, her message to other women is that they should embrace their "super-woman" status whether they have children or not. Next time you feel pressured to fit into a certain role, or boxed in by expectations, remember: you are a super-woman. Penélope Cruz said so.