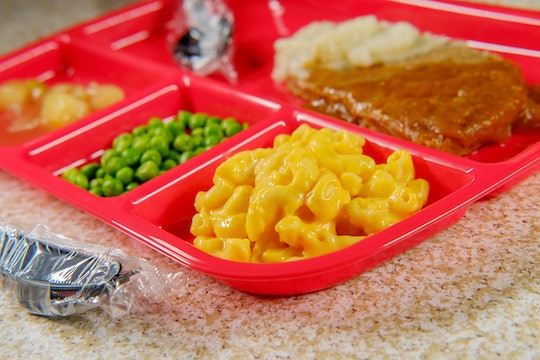 The debate over how to handle school lunch debt is controversial, to say the least. And in a move that has sparked even more discussion over lunch shaming, a Pennsylvania school district recently warned parents that their children could be placed in foster care over unpaid lunch debts, as CBS Scranton affiliate WYOU reported.

According to Pennsylvania news station WNEP-TV, a letter was sent home to roughly 1,000 parents in the Wyoming Valley West School District, stating that students were being sent to school “every day without money and without breakfast and/or lunch.”

“This is a failure to provide your child with proper nutrition and you can be sent to Dependency Court for neglecting your child's right to food,” the letter reportedly continued. “If you are taken to Dependency court, the result may be your child being removed from your home and placed in foster care.”

WNEP-TV identified Joseph Muth, the district’s director of federal programs, as the author of the letters. And according to Muth, Wyoming Valley West is owed more than $22,000 from roughly 1,000 students. Muth also told WNEP that the letters were sent as a “last resort” and said that the district was even considering giving children who owed money peanut butter and jelly sandwiches in place of school lunches.

The Wyoming Valley West School District did not immediately respond to Romper's request for comment regarding the letter.

Nearly 1,000 letters were sent to families across the district, reportedly causing an uproar in Luzerne County, near Scranton, CNN reported.

However, it wasn't only parents who reacted to the letters. The warning to place children in foster care also angered Joanne Van Saun, who runs the local agency Luzerne County Children and Youth Services. Van Saun told CBS affiliate WYOU that the agency “absolutely would not” remove children from their homes over unpaid lunch bills and told CNN that she feels her agency was weaponized.

“We exist to protect and preserve families. The only time a child is taken out is when they cannot be maintained safely in their home,” she told CNN. “Our agency has helped many children and families with paying rent and buying clothes. We know children do better when they're with their families.”

Van Saun said to WYOU that she found the warning “disturbing” and a “gross misrepresentation” of what her agency actually does. “Never has this county removed a child from a home for unpaid bills and never will," she said.

WNEP reported that the district will provide children with free school meals beginning this fall, after qualifying under federal guidelines. But despite the change, parents with lunch debt will still owe the district money.

In recent years, lunch shaming has made headlines and is even showing up in the 2020 campaign trail as candidates outline out their policy plans. A Rhode Island school district, for example, was criticized recently for providing cold sandwiches in place of a hot meal to students who could not afford to pay off their debt, according to ABC News. After an uproar, the district eventually walked back on its decision.

No matter your opinion on school lunch debt, I think many parents can agree that stakeholders need to find better solutions to this ongoing problem.