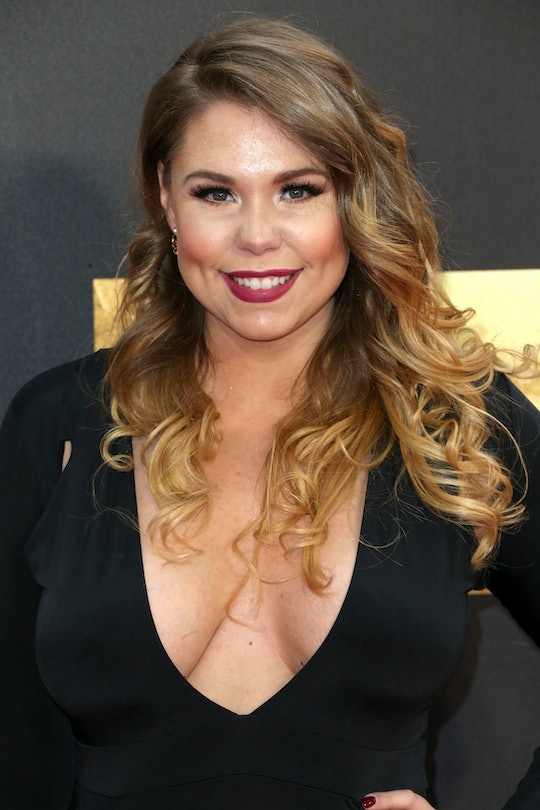 On Wednesday, Teen Mom 2 star Kailyn Lowry shared an adorable photo of her infant son, "Baby Lo." Unfortunately for Lowry and diverse families everywhere, her most recent of photo Baby Lo sparked some gross and racist conversations amongst fans. Whether you're a fan of Lowry or not, racist attacks are never acceptable or warranted because a family is ethnically or racially diverse. Frankly, it's no one's damn business.

When Lowry first announced the identity of Baby Lo's father as Chris Lopez, a black man, she received a lot of racist backlash. Many fans expressed disgust at Lowry's expanding her diverse family, especially since her two other children, Lincoln Marroquin and Isaac Rivera, have Latino fathers. Sadly, Lowry received more nonsensical and disgusting hate when she shared the innocent picture of Baby Lo.

... All her kids are going to look different because this guy is Black not even latino! She should have gone with another Latino!

And the comments only got worse from there.

For any parent of racially or ethnically diverse children, these comments are hurtful on a profound level — but not surprising — especially given America's dangerous political climate at the moment. Throughout the past few years, there has been an increase in stories about racism affecting young children in school or elsewhere, and these instances have even escalated into episodes of violence. It's sad and frightening to think that Lowry and her kids will have to combat hate — and perhaps even violence — throughout their lives, in large part due to people thinking comments like these are funny. And the fact that many people commenting on Lowry's post are using their own private Instagram accounts, which have their real name and faces on them, shows how people have no fear when it comes to spouting judgmental, racist views in public.

Luckily for Lowry, some fans did come to her defense:

Why does it matter what he is mixed with??? He is beautiful good job momma. #mixednation

does it really matter what the kids look like.....they are all beautiful babies....... They are all hers...... so mind your business and worry about your own life.

If you have been following Lowry's story, this isn't the first time she has found herself in a conversation about race. Back in 2014, Lowry received heat for questionable comments she made to Rivera about Isaac's haircut. On an episode of Teen Mom 2, Lowry criticized Rivera's preferred hairstyle for Isaac, writing in a text message, according to OK!:

Obviously, the text stunned and upset Rivera. Rivera, who is Puerto Rican, openly worried that Lowry was attempting to erase Isaac's diverse background.

Following the backlash for her comments, Lowry took to Twitter to defend herself:

In addition to the tweets, Lowry said, according to InTouch Weekly:

I’m deeply sorry for making those comments. They were not representative of who I am. Diversity is something I value, especially in my own family.

Marroquin, Lowry's husband at the time, also wrote on Twitter, according to OK!:

My bae is not racist. her statement came out wrong and was taking [sic] out of content. Move on.

It goes without saying that Lowry's apologies weren't received well by countless fans, which is totally acceptable given the bias and dangers Latinx people face in the United States on a daily basis. Hurtful ignorance is all too real and prevalent in today's America, and it can't be excused or swept under the rug. And the same goes for the horrible comments left on Lowry's Instagram. When that kind of language is ignored or laughed at, it endangers people and families every day.