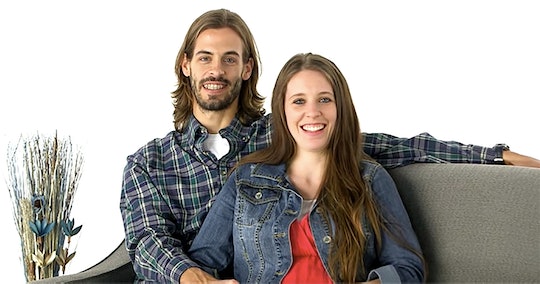 People Are Pissed Derick Dillard Made Jill’s Labor Playlists, But The Backlash Is Misguided

Now that Derick Dillard and Jill Duggar are no longer on Counting On, the two are busy blogging away on their family website. Unfortunately for the parents, however, a lot of their posts aren't resonating with fans. Remember Duggar's so-called stroller hack? Yeah, that wasn't a hit. As for the latest controversy to come out of the the couple's blog, it centers around Derick Dillard making labor playlists for Jill Duggar. Although Dillard deserves criticism for much of his behavior, this gesture doesn't seem to warrant hate. Homemade playlists are often a sign of caring and love, after all.

More Like This
Everything You Need To Know About The Proud Family Reboot Coming To Disney+
Bindi Irwin Has Been Sharing The Cutest Photos Of Her Daughter
The Bates Family Keeps On Growing: Get To Know All 19 Kids Here
Lisa Kudrow’s Son Used To Say "Mommy!" When He Saw Jennifer Aniston On TV

Duggar, like many fellow parents out there, incorporated playlists into her birthing plans. And considering Duggar's labor with her first son, Israel, ran a total of 70 hours, one can imagine her playlist included a lot of songs. But how did Duggar come up with her musical inspiration? Choosing the right songs for the delivery room can be agonizing task, right? Luckily for Duggar, Dillard went ahead and made both of her labor playlists — a gesture that came to light via a blog post on Sunday.

"When Derick made my labor playlists, I made sure I requested this song be added," Duggar wrote about the song, "We Believe" by the Newsboys, according to the family's website. "The lyrics are powerful! It’s important that we surround ourselves with wholesome music to uplift and encourage us."

Duggar also shared her post on Instagram, a move that opened the door to widespread criticism from her followers. Apparently, many people think Dillard making Duggar's labor playlists is a telltale sign that he's controlling in their relationship.

"When Derek made you labor playlists? Why couldn’t you make your own?" one fan asked, according to Instagram.

"You were in labour but your husband chose the songs?" another person wrote. "That’s so backwards... sad."

And when one commenter got called out for taking the criticism a bit too fair, they responded with a strong worded message:

It’s not a stretch at all, her not being able to make any decisions for herself including the music played as SHE gives birth is just another way he’s attempting to exhibit control over her, they’re “obedient wives” remember? It’s pathetic.

Others, however, think Dillard's gesture is kind and practical.

"Maybe she wanted him to make it?" someone argued. "My husband made mine for me because I love his taste in music and I waited till the last minute and didn’t want to be bothered with it."

"Why would that be sad?" another person responded. "Maybe this is something they do to include her husband more in the labor process. I actually think it’s sweet."

What's important to note in this debate is that no person or couple is the same. Each person has the right to dictate how their labor playlist is made, even if other people don't agree with it. It's totally possible that Duggar asked Dillard to pick out the songs or that she didn't have time to come up with one. It's kind of difficult to curate a perfect set of music when you're busy being pregnant, after all.

Not to mention, it seems this outrage is a bit misguided. It comes across as if Dillard can't do right — even when it probably comes from a good place. Although it's true that Dillard says and does things that are terrible (having Israel build "the wall," his transphobic comments towards transgender reality star Jazz Jennings, and endless Twitter tirades), it doesn't mean that all of his intentions are negative. Dillard did not immediately respond to Romper’s request for comment. Who knows, maybe these labor playlists brought Duggar and Dillard even closer together.

No matter how you might feel about Dillard, it's hard to deny that his relationship with Jill is rooted in a lot of love. And it seems to me that Dillard's labor playlists are evidence of this — regardless of his controversial views.