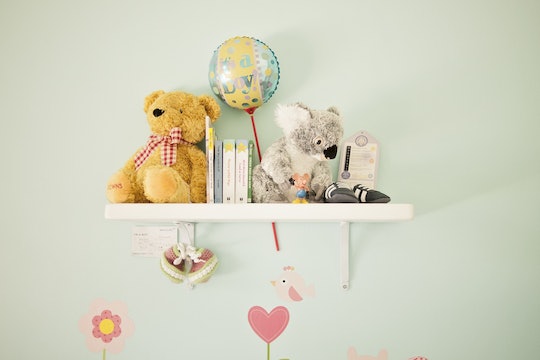 Many Don't Respect The Choice Not To Have Kids

For as long as people have been raising families, there has been plenty of discussion about the reasons why people might choose not to. While there are many couples who don't choose to be child-free, often due to struggles with infertility, there are increasing numbers of people who choose not to have children for a wide variety of reasons. These decisions, however, may open them up to not just criticism, but outright disgust. According to a new study, people feel "moral outrage" toward those who choose not to have children — but what does that mean, exactly?

The policing of women's decisions about their body has been getting a lot of attention in the sphere of politics, as lawmakers continue to try to pass legislation that not only limits access to reproductive healthcare, but in some cases threatens an individual's decision-making beyond contraception. Beneath the surface, though developing an increasing social presence, is the policing that happens of those who choose not to have children. From the 1970s to the new millennium, the rate of people choosing not to have children nearly doubled in the U.S., according to data published in The Family Journal last year. And research has found that the reasons people make the choice are varied — and valid.

There is now a recognized distinction between "childlessness" and "child-free" people — it used to be that anyone who didn't have kids would be lumped into the first category, but that quickly became confusing. There's a difference between people who would have liked to have children but were unable to for various reasons, and people who consciously decide not to have children. Researchers have, in recent years, made more of an effort to delineate between these two groups as they try to understand how people arrive at the decision to be child-free.

A person may choose not to have children for a variety of reasons: they may have nieces and nephews and feel that's enough for them, they may have a career that would make it very difficult to navigate the demands of child-rearing, they may have suffered abuse as children and fear that they would struggle to be a "good" parent, or they may simply not be interested in raising kids. There are plenty of people who just don't enjoy spending time around children — and this, of all reasons, may be what upsets people the most.

A new study, to be published in Sex Roles: A Journal of Research, investigated the negative bias against people who are child-free and found that people have very intense reactions to the idea that people would choose not to be parents. The research lead, Leslie Ashburn-Nardo, an associate professor of psychology at Indiana University-Purdue University Indianapolis, said the findings showed it's more than just misunderstanding; there are some very strong emotional reactions, according to a Eureka Alert press release:

What's remarkable about our findings is the moral outrage participants reported feeling toward a stranger who decided to not have children. Our data suggests that not having children is seen not only as atypical, or surprising, but also as morally wrong.

Moral outrage is further described as being strong feelings of anger, disgust, and disapproval. So, it's more than just not agreeing with someone's life choices. The researchers considered other areas where moral outrage has informed how people treat one another socially or in the workplace and noted that it is often part of what drives discrimination. But it can also be what drives people to be openly against discrimination. Psychologists think that we collectively participate in "moral outrage" because we want other people to know that we think certain things are wrong, so that people don't perceive us as supporting those things.

That being said, researchers found it interesting that choosing not to have children was seen as being so morally repugnant. They also found that what usually preceded feelings of outrage was surprise; in other words, when the participants in the study were shown vignettes about married couples, the expectation was that they would have children. This expectation is backed up by statistics, though: both being childless and childfree are still the minority.

This research gives us a fascinating glimpse into the social mores that dictate our interactions, and it asks a lot of deeper questions about what society considers "normal." It also brings up some interesting questions about changing identities for both men and women. While these conversations are revealing, above all else, the decision people make about having children shouldn't be taken lightly, and whatever choice is made is deserving of respect. Deciding to become a parent is an irreversible and lifelong commitment, and no one should ever feel pressured to have a child just because they think that's what society expects of them.