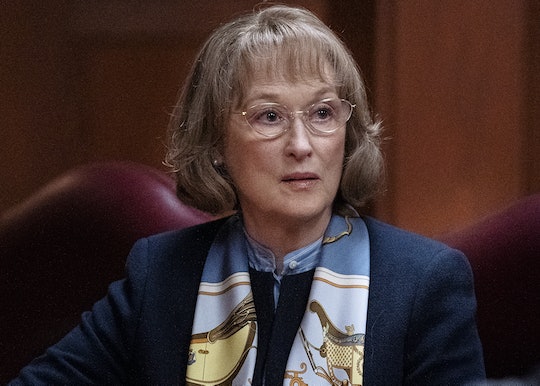 Ever since Big Little Lies dropped the news that Perry's older brother Raymond met an untimely death as a child, viewers have suspected foul play. It wasn't until the finale that the show finally provided answers about what happened. Perry's brother's death was revealed on Big Little Lies, and it wasn't so far off from the fan theories.

Perry confessed that his brother died in a flashback to one of his early dates with Celeste. At the time, he only shared a few details: there was some kind of accident, and he was five years old at the time. Fans immediately latched onto the idea that someone in the Wright family was responsible: absent father Raymond Sr., boundary-ignoring Mary Louise, or even Perry himself. While it was unlikely that a child had committed murder, viewers didn't rule out the idea that Perry had somehow caused the accident that killed Raymond.

As it turns out, he didn't. But Mary Louise may have made him feel like he did. It seems Perry told Celeste the truth about Raymond at some point during their marriage, because she brought that up in court, to Mary Louise's shock and dismay. Raymond's death was an accident, but it was one Mary Louise caused.

It seems that Mary Louise was driving somewhere with Perry and Raymond when she lost her temper and crashed the car. Raymond died in the collision, and flashbacks showed Mary Louise immediately turning on Perry. She blamed him for distracting her even though he was just a child, which was obviously something that stayed with Perry for years because he told Celeste about it. When Celeste grilled Mary Louise in court, it also came out that she never got Perry counseling or help for what he experienced.

But that's not all. Not only did Mary Louise traumatize Perry during the accident and its aftermath, but she abused him. It seems he told Celeste that Mary Louise "emotionally battered" him, but also hit him and kicked him. She denied it, but Celeste pointed out that there is the possibility of victims of abuse going on to become abusers themselves. If Perry had an abusive childhood, then that may have contributed to his behavior as an adult. According to Psychology Today, many abusive parents were themselves abused as children.

Much of the Wright family's backstory was guessed by fans early in the season. While they may have been ready to pin the blame for Raymond's death on any member of the family, quite a few viewers thought that it had been Mary Louise's fault. They also deduced that she may have abused her kids, especially because Season 2 has focused so intensely on the cycle of abuse and how children are affected by the actions of their parents.

The revelation about Raymond's death wasn't a huge shock. Mary Louise was a suspect right off the bat, after all. But it fits with the story that has been told this season and confirms that fans weren't too far off in their theories.