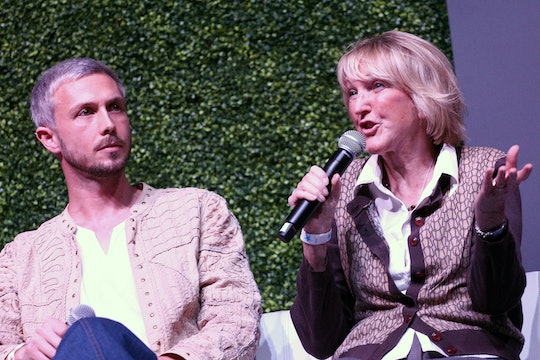 Better start brushing up on some new-and-improved sayings. Forget about saying "grab the bull by the horns," and start using "grab the flowers by the thorns," at least, that's the way PETA would like it. Animal references are out and cruelty-free ones are in. PETA suggests changes to saying involving animals and Twitter has a lot to say about.

"Words matter, and as our understanding of social justice evolves, our language evolves along with it. Here’s how to remove speciesism from your daily conversations."

Side note: Speciesism is thinking one species is superior over the other, as Encyclopedia Britannica noted. Here, it's humans thinking that it's OK to use sayings that make animals inferior to humans.

So what does the group suggest? Instead of "kill two birds with one stone," try saying "feed two birds with one scone." Ever use the phrase, "beating a dead horse"? Try "feeding a fed horse," instead. And the list goes on from there, either taking out animal references entirely or making them less offensive to animals.

Most of the responses on Twitter were from folks who though the idea was unnecessary, to say the least.

"You've convinced me! Thanks to your persuasive chart, from now on please call me John U. Bagel," one Twitter user quipped.

"If you really care about animals then you must know feeding scones to birds provides them with no essential nutrients whatsoever, correct? Seems like a silly thing to advocate when you're all for the animals," another added.

"There really are bigger fish to fry than this," another user added (using another phrase the group almost certainly wouldn't appreciate).

"My dog hates the phrase “downward dog”, what should I use instead?" yet another wrote.

So you can probably see where this is going. Very few people seemed to take this idea seriously.

PETA didn't think these responses were funny in the least bit, and said that using anti-animal language is perpetuating cruelty to animals. They responded with the following tweet:

Just as it became unacceptable to use racist, homophobic, or ableist language, phrases that trivialize cruelty to animals will vanish as more people begin to appreciate animals for who they are and start 'bringing home the bagels' instead of the bacon.

There were others on Twitter who took to making their own PETA-friendly phrases.

"Curiosity thrilled the cat," one person said, which PETA seemed to like.

And then of course there's this new and improved chart that strives to take ducks out of harm's way.

"Bananas are marred by offensive language like banana republic, driving me bananas, and second banana," one user joked. "We need a more a-peeling approach. This slippery slope of stereotyping fruit won’t smothie things over. Bananas don’t live on plantain-tions. They’re free and equal. Act like it!"

In response, a PETA representative told Romper by email:

With so much negativity in the world, why not lighten up, smile a little more, and use language in a way that encourages kindness to animals?

In fact, there are so many responses to PETA's tweet that the group has been trending on Twitter. No matter what people seem to think, many are wondering if this will catch on. It's going to be hard to change idioms that are rooted in the English language but if PETA's purpose was to draw attention to this plight, consider it mission accomplished.

More Like This
Exclusive: 'Firebuds' Dives Into Hanukkah Traditions In Festive New Episode
Over 10,000 Sippy Cups & Bottles For Toddlers Recalled Due To Lead Poisoning Hazard
14 Baby Names Inspired By 'The White Lotus' That Deserve A Round Of Aperol Spritzes
Meghan Markle Spent Her Thanksgiving Volunteering For A Cause Close To Her Heart