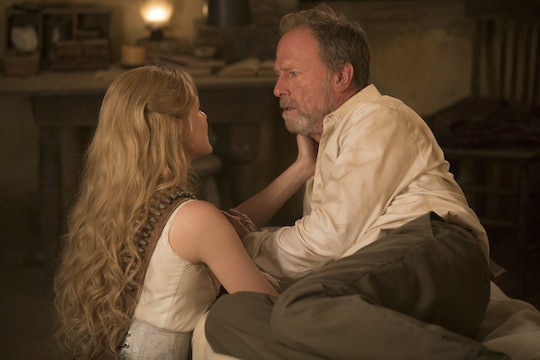 Back in the pilot episode of Westworld, no one could have predicted that Peter Abernathy would become as important as he is. He was one of the first hosts to malfunction, but he was quickly put away in cold storage; episodes later, he came back into play when Charlotte Hale needed a host to sneak a vast amount of information out of the park. Season 2 has seen multiple characters on the hunt for him, which resulted in some Peter Abernathy Westworld theories from fans that could change how you look at the character.

Since it came as such a surprise when Peter re-entered the narrative at the end of Season 1, viewers are prepared for his arc to go anywhere in the future. He's already moved far beyond his role as a glitching host foreshadowing what was to come; now not only does he hold the key to Delos' future developments, but he's proof of how humans have mistreated the hosts time and time again. Their constant fiddling with his mind left his identity in flux, his memories destroyed. His story could go in almost any direction now, and these theories prove that the audience is primed for any possibility.