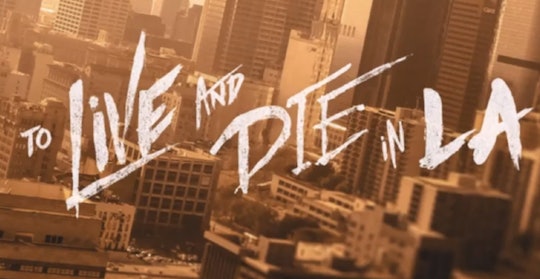 The disappearance and murder of an aspiring actress has become the subject of a true crime podcast that is rapidly gaining listeners. To Live And Die In LA tells the story of Adea Shabani, who was last seen with her on-again-off-again boyfriend Chris Spotz in February 2018, according to The Denver Channel. About a month later, her body was found a shallow grave and Spotz became a main suspect in the case. But who was the young lady at the center of this tragic mystery? Photos of Adea Shabani before she went missing in February 2018 showcase a woman seemingly in love with life.

Shabani was originally from Macedonia and moved to Hollywood in her early 20s to pursue an acting and modeling career, according to Newsweek. She enrolled in the Stella Adler Studio of Acting, where she met Spotz, according to Mercury News, though he was reportedly engaged to another woman at the time he started dating Shabani.

Shabani was last seen near her apartment, leaving the building with Spotz and some luggage, The Los Angeles Times reported. Later that night, Spotz showed up at his father’s house near Sacramento, alone, according to Newsweek. When Shabani’s body was discovered, Spotz became a suspect in the case, according to CBS News; he died by suicide after leading police on a 60-mile chase, Mercury News reported.

Shabani's life ended tragically and there are still no concrete answers about what happened. But before February 2018, Shabani seemingly lived a happy life and here's a look at some of those moments.

One of Shabani’s IMDb photos clearly showed off the looks that allowed her to find work as a model. In a close-up with simple makeup, her natural beauty shined through the lens. Could that have translated to the screen as well? It’s hard to say since she only got to appear in one film short before her death, according to her IMDb page.

Posing here with Spotz, the couple look to be happy and in love. That exterior reportedly belied a rocky romance that stopped and started again several times, according to Your Tango, as Spotz was engaged to another woman when he met Shabani.

One of Shabani’s portfolio photos showcases her gorgeous hair and elfin smile. The actress found success working as a model while she studied the acting craft at the Stella Adler School of Acting, according to NBC News. This is where she met Spotz, according to Newsweek, and their relationship launched.

A candid photo of Shabani was widely used when police were searching for the woman. Though little is known about the photo, it clearly shows her genuine joy and inherent beauty.

The last image of Shabani is one that shows her prepared to head out for what looks like a few days at least, shared on Twitter by Los Angeles reporter Craig Fiegener. Riding the elevator in her apartment building with Spotz, she carried luggage that seemed indicate some time away. Neither one paid much attention to the camera, but it is the last glimpse Shabani’s family had of the beloved woman.

Shabani’s death may never be officially solved, but you can hear the entire story now on To Live And Die In LA, on your favorite podcast streaming service.