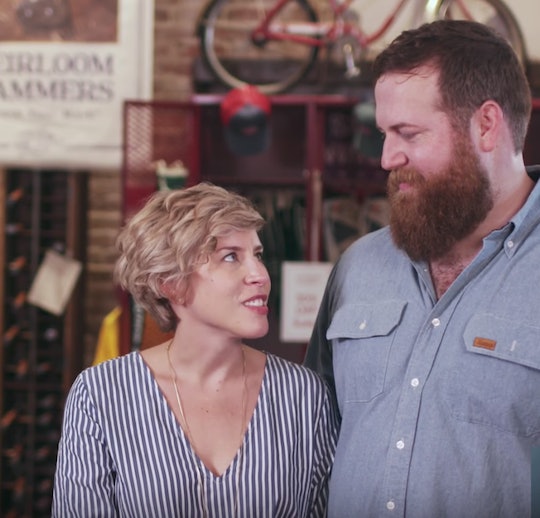 E! Live from the Red Carpet/YouTube

Ben & Erin Napier's Dogs Are Too Pure For This World

Ben and Erin Napier of HGTV's Home Town are going to be your newest Instagram obsession, if they aren't already. The Napiers lead a life that, on first glance, seems pretty dang perfect: They have their own store which sells Instagram-worthy decorations, they have their own show on the best channel, and they have the cutest dogs alive. Seriously, these photos of Ben and Erin Napier's dogs alone will have you wishing you were the Napiers, or at least one their dogs. These puppers are absolutely perfect.

Before you get to know about Ben and Erin Napier's dogs, you need to know a little about Ben and Erin themselves. Ben and Erin describe themselves as "attached at the hip" and have co-owned their own store in Laurel, Mississippi since December 2016, in addition to restoring historic homes on television. Erin describes herself, in the bio of her daily blog (which she has been keeping up with for seven years), as "a wife, a daughter, a bubble bath lover, a book reader, a sentimental, stressed out, slightly obsessive southerner." But in addition to all of this, she just so happens to be a dog mom to two adorable fur babies. Erin and Ben have two Great Pyrenees pups named Baker and Chevy that will make you want two great white floofs of your own.

Just take a look and be amazed:

According to Country Living, Baker is a rescue dog and Chevy "came from a working farm." Erin has described the dogs as "fat polar bears" but they're the special kind of polar bears that can endure the Mississippi heat (though they have their own special outdoor home, too). They certainly keep the Napiers occupied — the Napiers don't have any kids right now although Erin has thought about starting a family.

Let's be honest, these photos of Baker and Chevy have you envious (honestly, same). As it turns out, Great Pyrenees dogs are great dogs and fit perfectly into the Napier's southern homebody lifestyle. Great Pyrenees are intelligent dogs with a "deep devotion" to their owners and family; they were originally bred to guard sheep in mountain valleys, so their personalities reflect that, according to Hills Pet.

Great Pyrenees are trustworthy, affectionate, and gentle, but can also be very protective of their territory. They require some attention — their long, coarse white coats do shed (a very important thing to consider for any person who puts off cleaning) and their large stature does require some exercise (like most active dogs). They also really like to bark (quiet homes be warned).

Still, if these photos of Baker and Chevy haven't convinced you to get one of your own, I don't know what else will.