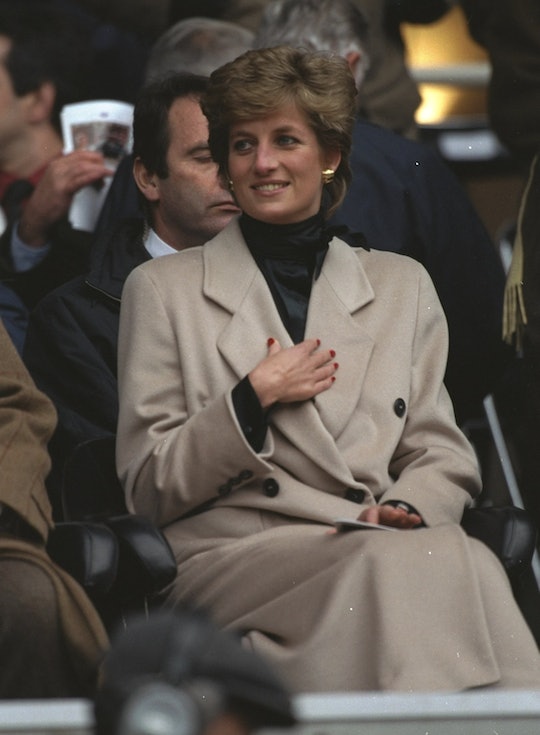 While the royal baby is making headlines in real life, in the TV world of the British monarchy, Princess Diana is stealing all the thunder. Netflix’s hit drama, The Crown, moves forward with Queen Elizabeth’s timeline next season, and actress Emma Corrin is cast as the Princess of Wales. She’s a perfect fit for the role, because when looking at photos of Emma Corrin and Princess Diana, you can’t help but see an uncanny resemblance.

The Crown is coming with big shifts next season, and early in April, Netflix announced that they would be introducing Corrin as the young, legendary member of the royal family. According to The Hollywood Reporter, the award-winning cast is getting a full revamp, with Olivia Colman set to play an older Queen Elizabeth, Tobias Menzies playing Prince Philip and Helena Bonham Carter cast as Princess Margaret. Gillian Anderson will also join the series, playing the iconic role of Prime Minister, Margaret Thatcher.

When talking to THR, The Crown producer talked about why they cast Corrin in this iconic role. "Emma is a brilliant talent who immediately captivated us when she came in for the part of Diana Spencer,” he explained. “As well as having the innocence and beauty of a young Diana, she also has, in abundance, the range and complexity to portray an extraordinary woman who went from anonymous teenager to becoming the most iconic woman of her generation.”

Seeing that Corrin is a relative newcomer to TV, this will undoubtedly be one of her career’s biggest. In an Instagram post, the actress shared her excitement on landing this iconic role in a show that she loves so much. “I have been glued to the show and to think I’m now joining this incredibly talented acting family is surreal,” she captioned the post. “Princess Diana was an icon and her effect on the world remains profound and inspiring. To explore her through Peter Morgan’s writing is the most exceptional opportunity, and I will strive to do her justice!”

When looking at pictures of the two, you can see how similar they look. They may not share the same features, but Corrin exudes the same innocence and charm as a young Princess Diana. According to WMagazine, Season 4 of The Crown will cover the Queen’s life in the ‘70s, right around the Prince Charles was dating Diana’s older sister, Lady Sarah. Diana turned 18 in 1979, and she began her relationship with Charles in the early 80’s, so it’s safe to say that the new season will introduce Corrin as a younger Lady Di.

It’s not clear how soon into the next season fans will finally get to see Corrin as Princess Diana, but hopefully, showrunners will release some photographs of her in costume at some point. Deadline reported that Season 3 will drop sometime after Jul. 1, which means you have just a few months more to soak in all the royal baby news you can get. Because you know, once the new season hits Netflix, the real-life royal drama is going to be taking a back seat.