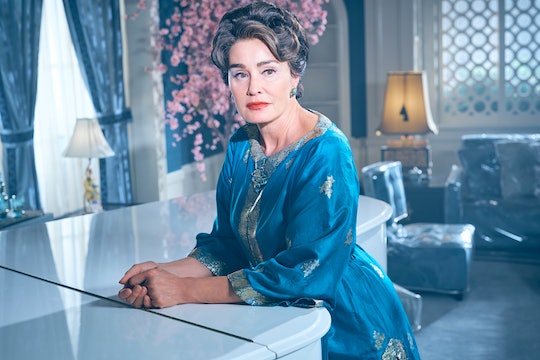 As was to be expected, the success of FX's Feud: Bette and Joan seems to have reignited interest in the personal lives of both Bette Davis and Joan Crawford. The series successfully documents their rivalry in Hollywood, but what was going on behind the scenes in their own homes at the time is just as important to the plot. Joan Crawford's relationship with her children is largely known to be problematic, thanks to a 1978 memoir by her eldest, adopted daughter Christina, who wrote in Mommie Dearest of emotional and physical abuse at the hands of her iconic mother. But photos of Joan Crawford and her kids that have been circling around the internet show a largely happy, Hollywood family. Though of course, you can never believe anything you see on the internet, right?

Crawford was unable to have children so she built her family through adoption. The first was Christina, in 1940, son Christopher in 1943, and two twin girls, Cindy and Cathy in 1947. Crawford also adopted a boy, whom she named Christopher in 1942, but he was reclaimed by his birth mother just after the adoption. Both Christopher and Christina were estranged from their mother and left out of her will. Cindy and Cathy both denounced Mommie Dearest and remained close to their mother up until her death in 1977.

Pictures of Crawford with the five of them show a quainter Hollywood than we know. Instead of sneaky paparazzi shots, they are often more like portraits, on and off Crawford's movie sets.

Christina claims that Crawford was physically abusive. She told The Guardian in 2008 about a time when Crawford allegedly grabbed her by the throat. "You never forget that,'" Christina says now, 55 years later. 'It was up close and personal. She came this far from my face, and you could see it in her eyes, you can see if someone is trying to kill you."

She added, "'It was the hypocrisy of it that was so difficult. People fantasized about who or what I was, that I had this privileged, wealthy, film-star family life. I didn't have any of that." Her twin sisters largely disagreed with her version of their childhood. Cindy died in 2007, but Cathy openly talked about her relationship with her mother to Charlotte Chandler, who wrote a biography of Crawford called Not The Girl Next Door. Cathy remembered her mother as being strict, but not the abusive, alcoholic woman that Christina portrayed. She had fond memories of visiting sets with her mother and meeting other stars like Judy Garland, in their home.

She recalled happy times. "Mommie was very affectionate. My twin sister and I used to crawl into bed with her in the morning, and she would like that, and we did, too," Cathy told Chandler.

Although the famous adage is that pictures are worth 1,000 words, they aren't always the best way to get to know strangers, especially famous ones. If anything, they often just complicate the narrative, but as we continue to get to know these characters on Feud, it's interesting to look back and see their real-life counterparts nonetheless.