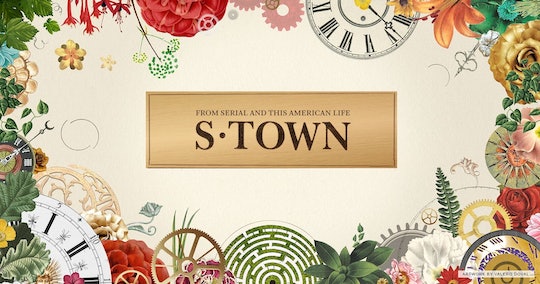 Photos Of John B. McLemore's Clocks From 'S-Town'

S-Town is a new podcast by the creators of This American Life and Serial, and like its predecessors, it has capture audiences through the upsetting and intense tale it explores. Set in Woodstock, Alabama (or Sh*ttown, Alabama), the small town nature of the podcast seems larger than life because of the main character, John B. McLemore — a clock restorer who was an outsider in his town. A town he hated and wished he had gotten out of much longer. (Warning: spoilers from S-Town Season 1 follow.)

John B. McLemore was an artist at what he did. Throughout the entire series, those that knew John knew how much John loved his work. They also seemed mystified by the work that John did for them. John's friend Bill, or his teacher, Tom, both cried when talking about the clocks that John had given them. "The measure of time had something to do with me," Bill said to Brian Reed, the host of the podcast.

That same admiration is pretty obvious in photos of John's work. John's life is put on a rather spotlighted pedestal in the podcast, and one of the most important things to him was his work as an antique clock restorer. Clocks seemed to be a constant in John's life. In his correspondence with Olin, John supposedly (according to Olin) sent a photo of him standing next to an incredibly tall grandfather clock. While it was to show Olin how tall the clock was, it was also a photo that John shared of himself at the beginning of their relationship.

So clocks mean something to John and his legacy. On the S-Town Instagram, the podcast shared a photo of one of John's clocks. It's a lot more elegant than some may have imagine, but the intricacy and care that you know had to go into restoring this seems to line up with the passions that listeners know John carried on his back.

Even more clocks can be seen in this behind-the-scene photo featuring podcast host Brian Reed. The space is completely covered in clocks of all different styles. It shows John's passion, something that was never a secret throughout the seven chapters of the podcast.