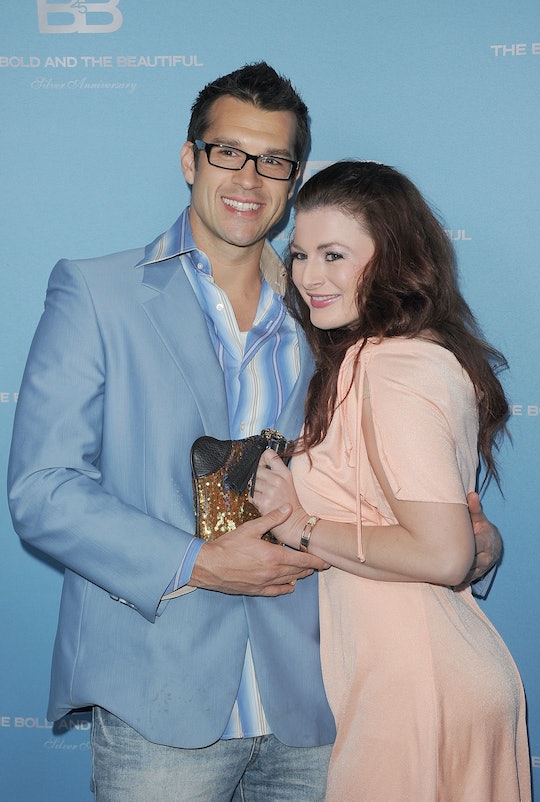 If you've been following Big Brother for a few years, then you absolutely know who Rachel Reilly is. Those who saw Big Brother 12 know the history of Brenchel, but incase you don't know, allow me to tell you about Big Brother's first couple. Rachel and Brendon met each other on BB12, which neither of them one. Rachel returned to BB13, won it, and then the two (who were dating since their season) got married, did some Amazing Race stuff, and then ended up having a baby. Yes, Brendon and Rachel from Big Brother have a baby and photos prove just how adorable she really is.

Those that know the couple know that every season they have a check-in with Julie Chen and Big Brother fans. Yes, there's a thing called social media where you can just look up what they're doing — but that's neither here nor there. So, on Thursday's live eviction, we were caught up on just what Brenchel has been up to since welcoming their beautiful daughter, Adora Borealis Villegas, on April 8, 2016. The happy couple seems to be over the moon now that they have a baby (which makes three!) for their Big Brother home. Maybe one day we can expect a big brother for Adora?

On the segment, Rachel said that she fully supports Adora going on Big Brother when she's old enough (so, Big Brother 35?). She wants her to follow in her mom's footsteps and not only meet her showmance (and marry them), but win the game! That's the type of encouragement I can get behind. Of course, Brendon had a different idea. He is already predicting that it won't be easy for him to watch her inside the house "with a bunch of boys." Well, the good news here is that there are quite a few years for the couple to decide what the best situation is for Adora.

Obviously, Adora is — I'm sorry to do this — adorable. And while she has an entire life ahead of her to decide what she wants to do, one thing we do know — she'll never be a floater.