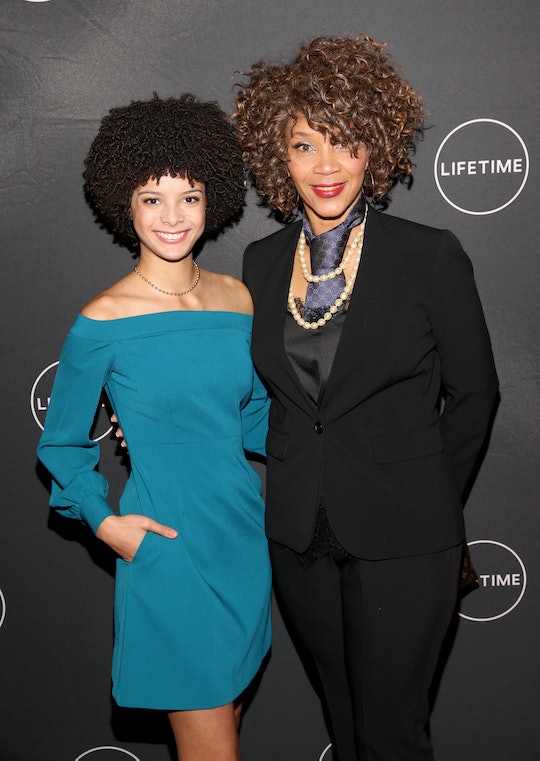 Friends — I don't want to get all sappy, but I'm going to need you to get on the Regina Louise train right-the-heck-now. Lifetime recently picked up Louise's incredible true story and adapted it into a film surely made to get your TVs to cry real tears. I Am Somebody's Child tackles the foster care system through the lens of a young girl who's been in over 30 of them. Trust me when I say, you'll want to see pictures of Regina Louise now to see the magnificent woman she's become, despite the challenges she was faced with in her adolescence.

Though I Am Somebody's Child is based on Louise's true story which she described in her memoir, Somebody's Someone, it's a fictional account, starring Ginnifer Goodwin (Once Upon A Time) and newcomer — fellow foster child herself — Angela Fairley. Louise isn't an actress, but a motivational speaker and coach who's dedicated her life to telling her story to inspire and encourage kids in similar situations.

If you're late to the Lifetime party, I Am Somebody's Child follows a young black girl (Fairley) after her father abandons her to pursue a career in music. She's then thrust into the foster care system, and navigates over 30 foster homes and psychiatric facilities — all before she turns 18. Of all the foster parents, Louise comes across one woman, Jeanne Kerr (Goodwin), who not only believes in her, but wants to adopt Louise. After a racist ruling that split the two, both went their separate ways. While Kerr eventually married and had a child, Louise put herself through college on scholarship, wrote her memoir, and began touring the nation with her story. Because of her sudden public presence, Kerr (who'd married and became Taylor) sought out Louise via email. The pair reconnected and 25 years after the initial ruling, Louise was adopted in the same courthouse that previously denied them.

So now you need to see pictures of Regina Louise now (and check her out on Instagram while you're at it), so you know what the face of strength and perseverance looks like. Because it's pretty darn beautiful.