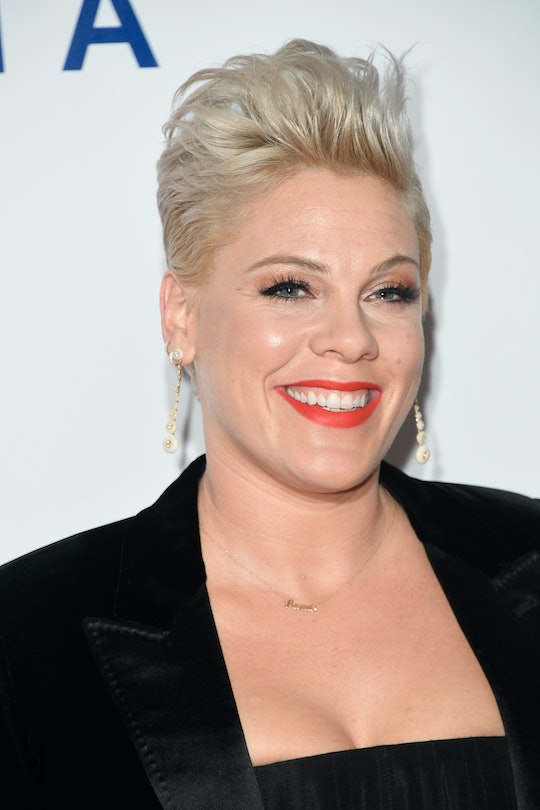 One of the many reasons people love Pink is her unwavering commitment to keeping things real. From her marriage, to parenting, to her self-image, this is one lady who lives without shame. Now Pink opened up about having a miscarriage at 17 years old, and the healing and peace she found through therapy.

The singer used the experience for the song “Happy” off her new album Hurts 2B Human. The song features the lyrics “Since I was 17, I’ve always hated my body. And it feels like my body’s hated me.” Pink spoke to USA Today, explaining, “The reason I said (that) is because I've always had this very tomboy, very strong gymnast body, but actually at 17 I had a miscarriage. And I was going to have that child. But when that happens to a woman or a young girl, you feel like your body hates you and like your body is broken, and it's not doing what it's supposed to do. I've had several miscarriages since, so I think it's important to talk about what you're ashamed of, who you really are and the painful [expletive]. I've always written that way."

The song continues, “Seen every therapist, but I’m a cynical b*tch. Don’t like to talk about my feelings.” The part about feelings might be true, but it’s not true that the singer has found no help through therapy. According to USA Today, she started seeing a counselor when she was 22, with the encouragement of her former assistant, now turned best friend.

“What I love about therapy is that they’ll tell you what your blind spots are. Although that’s uncomfortable and painful, it gives you something to work with,” she told the outlet. She applies the same philosophy to her marriage, telling Carson Daly on the Today show that she and husband Carey Hart have been in therapy a long time. “Carey and I have been in couples counseling almost our entire 17 years that we’ve been together. It’s the only reason we’re still together.” She shared that she’s hopeful the taboo of mental health care is diminishing.

Refinery 29 reviewed Hurts 2B Human and pegged "Happy" as an “anthem for the transgender community.” But they also noted that it’s really a song of acceptance for everyone.

And acceptance is something Pink wishes there were a little more of in the world, especially online. She’s never shied away from sharing her family on social media, but recently decided she’s done with that, at least for a while. The comment came after criticism over a photo she shared in which her son is standing in a shirt with no diaper.

“2-year-olds don’t like to wear wet swim diapers and apparently at some point he took it off,” she told Ellen DeGeneres. “People went as far as saying someone should call child services.” She told the host that the negative response made her cry “so hard” and that she is done posting photos of her family.

Hopefully she’ll come back to social media because her family photos really are special, as is the love she clearly feels for them. For now, we’ll have to turn to her powerful music instead.