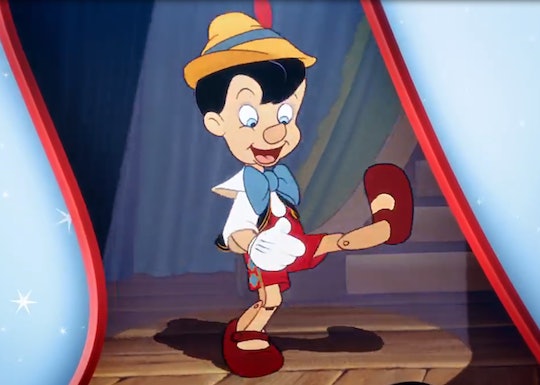 Beloved childhood stories can never be told too many times. And everyone will get the chance to see another of them come to life soon as Pinocchio is being remade into a stop-motion musical by director Guillermo del Toro. The new film is slated for Netflix and should begin production soon.

Working on a Pinocchio story has been a lifelong dream for The Shape of Water director, according to Netflix and he’s not going to waste the opportunity to tell the story his way. Deadline reported that the movie will be set in 1930’s Italy during the rise of fascism, and noted that the setup is similar to his award-winning movie Pan’s Labyrinth.

According to a Netflix press release, del Toro said that telling the Pinocchio tale has long been a dream for him:

“No art form has influenced my life and my work more than animation and no single character in history has had as deep of a personal connection to me as Pinocchio. In our story, Pinocchio is an innocent soul with an uncaring father who gets lost in a world he cannot comprehend. He embarks on an extraordinary journey that leaves him with a deep understanding of his father and the real world. I’ve wanted to make this movie for as long as I can remember. After the incredible experience we have had on Trollhunters, I am grateful that the talented team at Netflix is giving me the opportunity of a lifetime to introduce audiences everywhere to my version of this strange puppet-turned-real-boy.”

Trollhunters was del Toro’s first collaboration with Netflix, according to The Hollywood Reporter. He directed three of the episodes, wrote many episodes, served as executive producer on a number of episodes, and, of course, created the project overall. Pinocchio will be his first effort at directing a feature-length animated project, though he did produce the stop-motion feature The Book of Life, according to The Week.

Del Toro is partnering with The Jim Henson Company and the animation company behind BoJack Horseman, ShadowMachine, according to The Hollywood Reporter. Mark Gustafson, who The Hollywood Reporter called “a stop-motion vet” and who worked on Fantastic Mr. Fox, will be co-directing the film with del Toro. Patrick McHale, writer on Adventure Time, is serving as co-writer.

The Week reported that it was del Toro’s Best Picture and Best Director Oscar wins for The Shape of Water that opened the door for this passion project. The outlet reported that he has been trying to make the movie come together for a number of years, but his award status opened the door to capitalize his partnership with Netflix.

For its part, Netflix is thrilled to be in another project with the visionary director. The company’s vice president of kids & family told The Hollywood Reporter:

“Throughout his distinguished career, Guillermo has exhibited mastery in inspiring people through his magical worlds filled with unforgettable and magnificent characters, from the monsters in Pan’s Labyrinth to the aquatic beast in The Shape of Water. We are incredibly excited to expand our relationship with Guillermo and we know that his deeply touching vision for bringing Pinocchio to life on Netflix will be embraced by audiences the world over.”

So it may still be a few months away from production, but keep an eye out for what’s certain to be a fun, fantastical take on this beloved classic.