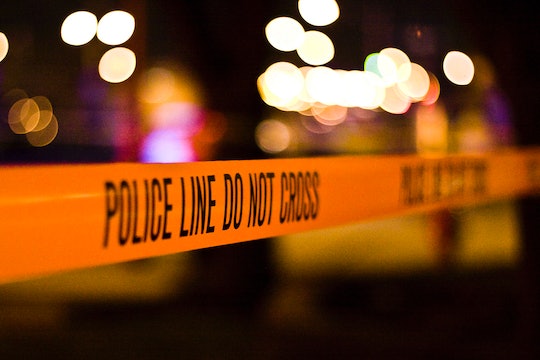 UPDATE: Late Friday night authorities identified 59-year-old Robert Lewis Dear as the suspected gunman in the attack on a Colorado Springs Planned Parenthood earlier in the day. According to the Associated Press, Dear is from North Carolina.

Earlier in the day on Friday, a gunman entered a Colorado Springs Planned Parenthood and opened fire on police and civilians inside. After an hours-long stand-off, the police detained the Planned Parenthood shooting suspect. No further details have been confirmed by police yet, and authorities have yet to confirm a motive or a name on the gunman. Police have confirmed that three people were killed — one cop and two civilians — though names have yet to be released. The gunman was detained at 4:52 p.m. CT. Following the gunman's apprehension, details have been slow to trickle out. Authorities on the scene have declared the Planned Parenting of the Rocky Mountains and the surrounding grounds as an active crime scene. At least 11 individuals were injured, four of whom were police officers.

The attack was first reported earlier in the day when shots rang out at the Planned Parenthood in Colorado Springs. Following news that the gunman was in police custody, Mayor John Suthers gave a statement, alerting the city and the public of what they could expect. He said:

The perpetrator is in custody. The situation has been resolved. There's no continuing peril to the citizens of Colorado Springs.

Even though a small sense of calm has returned to the city, there are still so many unknowns, questions that will likely only be answered in the coming days as police are able to gather more and more information from the suspected shooter. Right now, you can't help but ask questions about the individual who walked into a reproductive healthcare facility and took it upon himself to open fire and end lives.

There is no official confirmation on whether or not the attack today was planned, whether or not Planned Parenthood was the intended target, and why the suspect chose the Planned Parenthood in Colorado Springs. On a day where so many are celebrating with their families, recovering from a full day's worth of eating, three individuals lost their lives and eight more were left wounded.