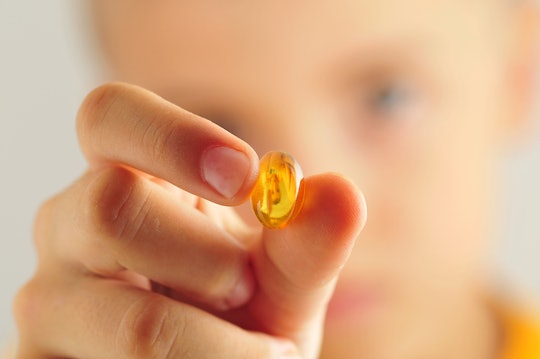 As we all know, kids will put just about anything in their mouths. It seems it is no longer just prescriptions drugs that parents need to keep away from young children. Poison control is getting thousands of calls about kids ingesting one type of pill, according to CNN. Children are getting their hands on seemingly innocuous over-the-counter products and reportedly consuming them in dangerous amounts.

According to a recent study published in the Journal of Medical Toxicology, the number of calls to poison control centers about kids taking dietary supplements rose by nearly 50 percent from 2005 to 2012. What is most shocking about these calls is who is suffering from exposure: children younger than six-years-old.

Within the parameters of this study, dietary supplements are defined as any product with the intended function of supplementing dietary nutrition. Examples of these products include vitamines, minerals, amino acids, and much more. Any of these products, when consumed in a high enough dosage, can be dangerous — especially to children. Symptoms of these overdoses include rapid heartbeat or tachycardia, vomiting and nausea, and drowsiness or dizziness.

Most importantly for parents, researchers found that 70 percent of the reported supplement exposures involved children age 6 or younger. Of these cases, 99 percent were unintentional exposures.

Fortunately, less than five percent of the exposures resulted in serious medical issues. However, the more severe outcomes were reported in young children, suggesting that they are the most vulnerable.

The author of the study, Henry Spiller, MS, who is also the director of Central Ohio Poison Control, spoke with CNN about a potential reason why parents aren't more cautious with these products and issued a warning:

Sometimes, parents don't think of keeping dietary supplements away from their kids, because they're not medicines prescribed by the doctor. People think of them as natural. But they need to be treated as if they were a medicine. Don't leave them out on the counter. Keep them out of reach.

Spiller also explained how children are gaining access to the supplements —usually they are either discovering them on their own and ingesting them, or parents are giving them to children after mistaking the supplements for another type of medication.

Jeannette Trella, managing director of the Poison Control Center at the Children's Hospital of Philadelphia, suggested that parents avoid storing these dietary supplements in their homes at all. One reason to consider not doing so, she told CNN, is the lack of child-resistant packaging:

Parents should look at this as a risk-benefit analysis. It should be considered whether the potential benefit of taking the supplement really outweighs the risk of your child accidentally ingesting something they shouldn't and becoming sick.

It is ultimately up to parents what products they bring into their home and where they store them, but experts advise them to be vigilant. The results of this study suggest that it may be worth putting your Vitamin B out of reach of the little ones (especially if they come in yummy, colorful gummies like mine do).

More Like This
Festive Mommy & Me Holiday Nail Ideas To Try
Spread Some Christmas Cheer In Your Child’s Bedroom
20 Stocking Stuffers For Kids Under $20
101 Advent Calendar Activities, From Books To Read To Cookies To Bake